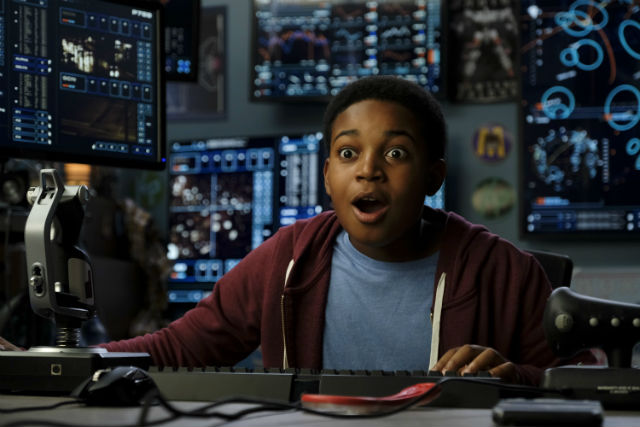 Almost twenty years ago, the cartoon, Kim Possible, was one of television’s most watched and treasured animated series. Fast-forward to 2019 and Kim Possible is back, this time as a Disney Channel live-action movie, starring none other than Issac Ryan Brown from Raven’s Home.

BCKOnline had the opportunity to sit down for an exclusive one-on-one with the talented Brown to get the inside scoop on his new movie and more. Check out what he had to say below and if you missed the premiere of Kim Possible, check your local guides for the rebroadcast. This is definitely one that you don’t want to miss!

Isaac Ryan Brown: The character I play in Kim Possible is Wade. He is incredibly smart and is always there for his friends, aka Team Possible when needed. We are alike because we are both very loyal to both our friends and our causes. We are different because unlike Wade, I get out the house a lot and he pretty much stays in the same spot for days at a time surrounded by his computers and technology.

BCKOnline: Was it challenging to portray Wade?

Isaac Ryan Brown: During my scenes, you’ll see in the final cut how interactive I am with the computer screens and technology. During the actual filming, I had to work on green screens and blank monitors and pretend like all of the technology that you see in the movie was really there. It was definitely challenging as an actor, but I loved every minute! ” Isaac Ryan Brown: Well one difference is that in a live-action movie you have less time to adjust to your cast mates and learn their styles.

BCKOnline: What was your favorite scene to do in the new movie?

Isaac Ryan Brown: Definitely the huge action sequence at the end of the movie.

BCKOnline: If you could craft the perfect role for Issac Ryan Brown, what would it be and what would you name the project? Isaac Ryan Brown: If I could craft the perfect role, it would probably be my documentary. I mean you can’t play a better role than yourself, right?

BCKOnline: Are there any behind-the scene secrets that you can share for our readers that will get them excited about tuning into Kim Possible?

The only tea I can spill right now is that there are going to be tons of visual and special effects that really make the movie exciting.

GABRIELLE UNION, DWYANE WADE AND BABY KAAVIA ARE 'ALL STARS'

GABRIELLE UNION, DWYANE WADE AND BABY KAAVIA ARE 'ALL STARS'