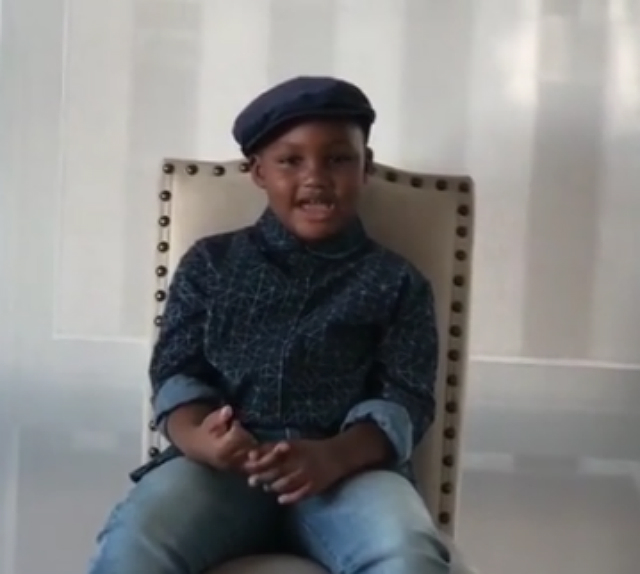 Tamar Braxton’s son, Logan Herbert, sent her a beautiful message while the celebrity mom is away competing on the show, Celebrity Big Brother. Love was definitely in the air as Logan shared what was in his heart.

“Mom, let me tell you something from the bottom of my heart,” Logan began. “I love you, I miss you, and I wish you [to] win the competition. I love you very much.” Tamar responded by sharing emojis that indicated how much she loved her son’s message.

“He probably had the idea to make the video too,” One fan exclaimed. “Those wonderful Geminis,” the social media follower added. “He’s such a handsome little man,” another fan said.

Tamar Braxton has definitely brought excitement to this season of Celebrity Big Brother. The Braxton Family Values star’s big personality has led to confrontation despite Tamar trying to live by her mission of sleeping on drama.

“I’m going to go to sleep when there’s drama so my name is not in the mix of it,” Tamar said during a recent interview with Entertainment Weekly. “Because even if I’m in the room and don’t say nothing (sic) [it will be], ‘Tamar said it! Something Tamar,’ somewhere. So I’m going to go to bed.”

Is Tamar planning to win the show? “I don’t want to put that kind of pressure on me and say, ‘I’m going to win Big Brother.’ I feel like I’m going to come in around third or second, or something like that,” the celebrity mom revealed. “When I was on Dancing With The Stars, I was like, ‘I’m going to win. I’m going to win.’ And then I got sick and had to stop the competition, and I was so disappointed because I didn’t win. I really want to soak up as much as I can and enjoy my experience in being on my favorite show in the whole wide world, and not get caught up in that.”

You can catch Celebrity Big Brother every week on CBS. Watch Joey Lawrence’s exit interview in which he reveals that Tamar is running the show!