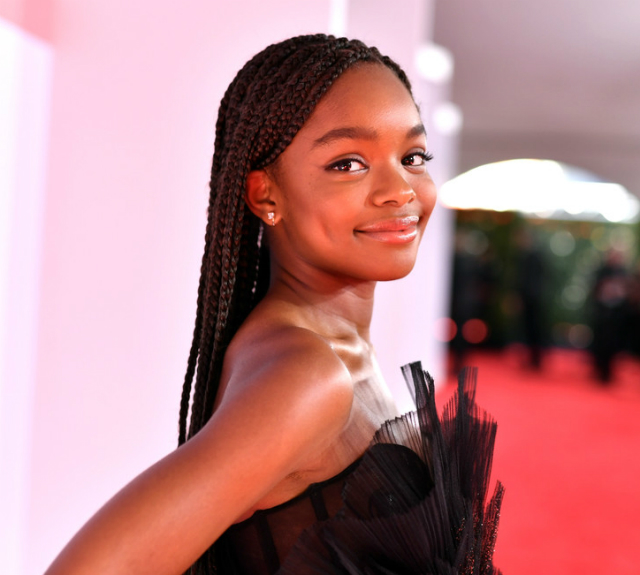 Black-ish star Marsai Martin has signed a first-look deal with Universal Studios at the age of 14-years-old. She is definitely making boss moves with her production company, Genius Productions.

Very excited to see what the future holds ✨ Link in bio❤️

“Working with emerging talent is a cornerstone of Universal’s overall slate strategy and Marsai is a star on the rise,” Universal Pictures president Peter Cramer shares with the press. “[Marsai Martin] is not only tremendously talented in front of the camera, but offers a unique perspective as a creator and producer that will resonate with all audiences. We look forward to moviegoers getting to see how brilliant she is in Little and watching her evolve as a filmmaker here at Universal.”

Marsai Martin came up with the concept for Little. The Black-ish star thought it would be quite remarkable to have a high-powered character transformed into her younger self at a time when the pressure of adulthood is at an all-time high. Will Packer partnered with Marsai to make the teen one of the youngest producers in Hollywood.

Hi I’m back This week has been very overwhelming. Also, I have purple hair now

Marsai’s latest deal with Universal places her at an incredible advantage. “I am so excited for the magic I’ll be able to create and produce with Universal,” the young star reveals. “My goal is to show young women and girls that our voices and ideas matter and you are never too young to dream BIG!”

Keep your eyes and ears open for Marsai Martin, the filmmaker!