"I Had To Break Things Down To Him" 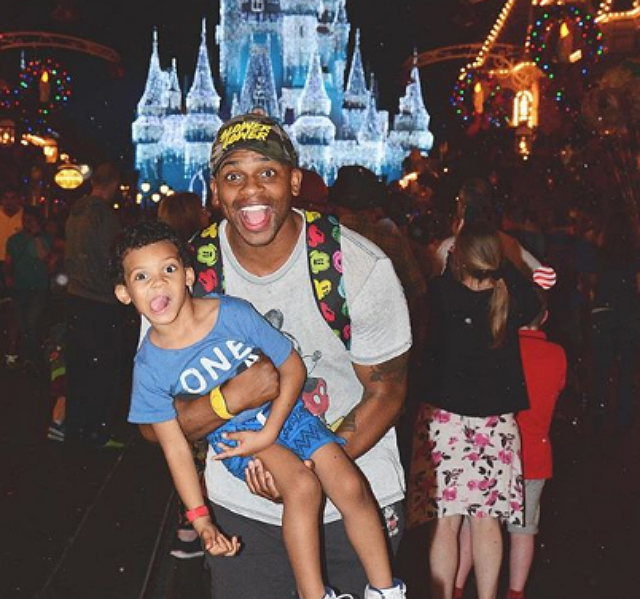 Jimmie Allen is enjoying loads of success right now as a chart-topping artist. His single, ‘Best Shot’ continues to rise, which has afforded Jimmie more opportunities to create lasting moments with his son. And what better place to create picturesque memories than at Disney World? Allen and his little one, Aayden Allen, recently enjoyed a trip to the magical sphere.

The ‘Best Shot’ artist admits that his annual trips to Disney World are not just for his son. Jimmie, for instance, took Aayden to the magical place when the little one was only a baby. Aayden did not know much about the energy surrounding him, but the youngster’s father could fully appreciate the atmosphere.

“It was an excuse to go,” Jimmie Allen says of his and Aayden’s first trip the Disney World several years back. “It was more for me,” the celebrity father admitted.

Disney Hangs with this little guy.

Now, Aayden is old enough to take in the bright lights and magic that Disney World brings to the table. In fact, the youngster loves the scenery so much that he doesn’t want to leave. “Now he thinks Disney World is real life,” Jimmie Allen says of his son. “He expects it now,” the star dad shares.

Aayden has such high expectations for trips to Disney World that he once asked his father to return to the world of wonder shortly after leaving it. The youngster’s rationale of planes leaving the airport “every day” was all the explanation that Aayden needed to be convinced that daily trips to Disney World were indeed possible.

Of course, Jimmie Allen brought things back into perspective with a short economic lesson for his son. “I got into dad mode,” Allen says, “and just, you know, had to break things down to him.”

A trip to Disney World is great even if it is an annual thing. Stay tuned for more celebrity father news!

HAVE YOU BEEN TUNING INTO 'THE PASSAGE'?