A Doctor Allegedly Told Them These Things 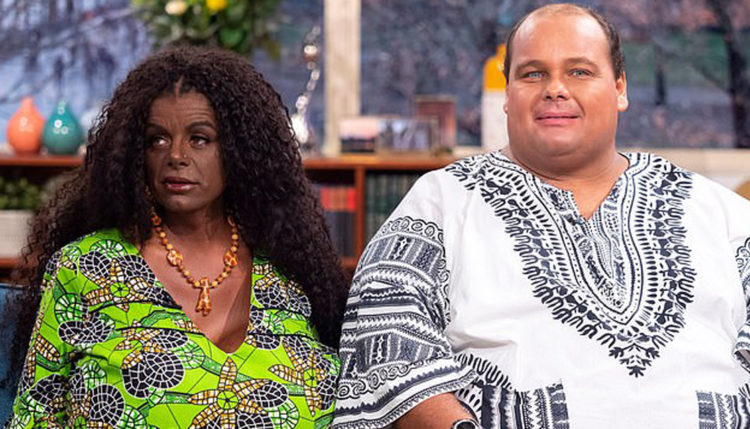 Martina Big is back at it again with a new claim that her children will be Black. The White model who claims to have transformed into a Black woman with the help of tanning injections now says that doctors told her and her husband, Michael Eurwen, that their children will be of African descent.

“They said they will be Black,” Big said during a recent interview on the British television show, This Morning. “We have also discussed breastfeeding and if it is safe for me to have a baby,” Martina added. Michael Eurwen was also present during the interview and seemed to agree with everything that his wife was saying. Eurwen is also of German descent and is undergoing tanning injections just like his wife in hopes of becoming a Black man.

One of the hosts of This Morning attempted to smooth over what Martina and her husband were trying to pass along by emphasizing the importance of happiness. The woman host of the morning show, however, was baffled by what she heard. “I’m trying to think biologically how that’s … I don’t see how that’s possible,” the co-host said.

Martina shocked the masses during her appearance on The Maury Show in which she claimed that she was now a Black woman because of radical plastic surgery and extreme tanning. Many thought that the German model’s claim was just an effort to make fun of those of African descent. These days, however, folks are starting to believe that Martina Big truly believes what she is saying.

It will be quite interesting to see how Martina and her husband embrace parenthood in coming years if they choose to expand their family. Stay tuned for more celebrity kids news!