Home » NEWS » WILLOW SMITH ON ‘SURVIVING R. KELLY:’ ‘I FELT LIKE MY CHILDHOOD WAS DEBASED’

WILLOW SMITH ON ‘SURVIVING R. KELLY:’ ‘I FELT LIKE MY CHILDHOOD WAS DEBASED’ 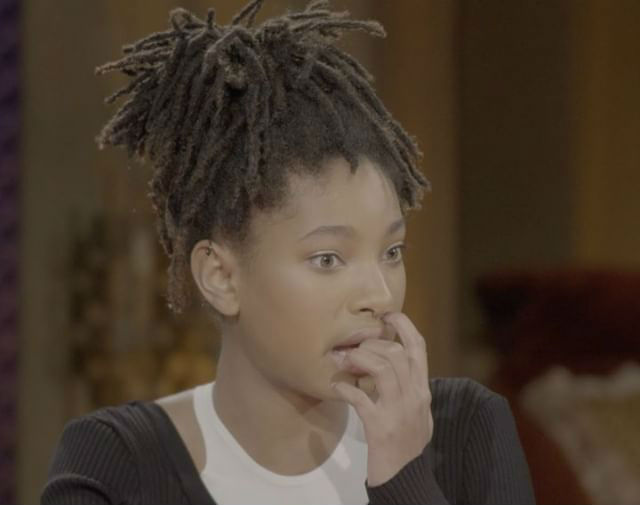 Willow Smith addressed Surviving R. Kelly during the latest episode of Red Table Talk. The young star did not hold back when discussing allegations against Kelly.

“What made me start crying was [the fact that] I had listened to Aaliyah and had known about R. Kelly and had listened to his music when I was super young,” the recording artist revealed. “It’s so strange because I had an inkling that he was slightly [suspect]. It just hit me so hard when I was watching [Surviving R. Kelly].”

“Like, ‘Oh my god.,'” Willow continued. “I was listening to this [music] when I was a kid. And then, seeing him in the back of that Age Ain’t Nothing But A Number album cover. Something from my childhood was just debased. Like, why is he just in the back of the album cover just lurking? That’s weird.”

Willow’s mom, Jada Pinkett-Smith, also had words on the matter days before revealing the two-part special of Red Table Talk. Jada could not understand why R. Kelly’s music sales spiked after Lifetime aired the docu-series that revealed his alleged victims.