This Is Both Big And Bad 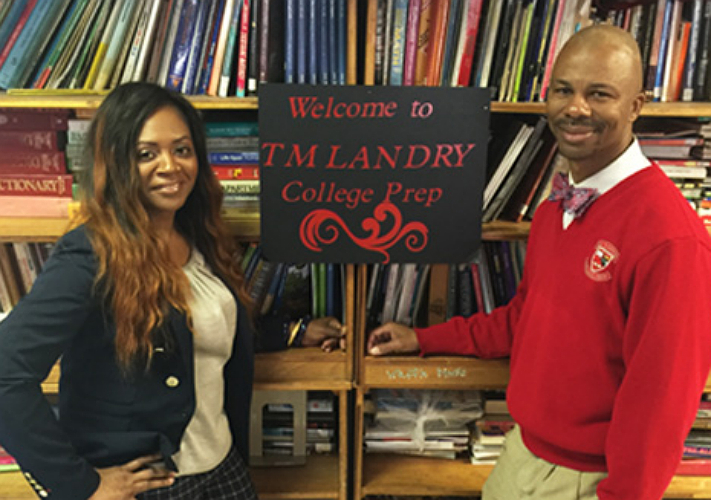 Allegations against what was once thought the school with the “magic sauce” rocked the academic sphere a few days ago. A New York Times investigation revealed that T.M. Landry College Prep may have doctored transcripts all while using physical abuse to keep children in line. Keep reading to get an overview of the situation.

What is T.M. Landry College Prep?

T.M. Landry College Prep is the school behind all of those viral college acceptance videos you have been seeing over the past few years. Many of the kids are surrounded by family members, teachers, and close friends as they take to their laptops to find out if they have been accepted by some of the nation’s most competitive universities. Harvard, Yale, and Princeton are three of many Ivy League schools to accept students from T.M. Landry College Prep. The school charges upwards if $725 per month for tuition.

Who are the school’s founders?

Tracey and Michael Landry are the founders of T.M. Landry College Prep. The couple established the school in Breaux Bridge, Louisiana, in 2005. Both Tracey and Michael carry the philosophy that failure is not an option. In fact, the couple claims to specialize in helping underprivileged children rise above the stereotypes and statistics to do the unexpected.

What is the T.M. Landry mission?

“The T.M. Landry mission is dedicated to promoting each child’s self-worth and dignity in a supportive, educational and safe environment while preparing them to prosper and flourish in a culturally diverse, technological society. T.M. Landry’s goal is that every child not only gets into but gets THROUGH college.”

What are the current allegations?

Several former students have alleged abuse and fraud at T.M. Landry College Prep School. In fact, one student even went so far as to tell the press that her transcripts were altered so that it appeared that she completed courses that she never enrolled in while at the school. Chemistry, in her complaint, was one of the courses present on her transcript that she did not complete in reality.

You can expect there to be an extensive investigation into the allegations against T.M. Landry. We will have to keep our eyes and ears open regarding any legal action that the founders could face in the coming months.