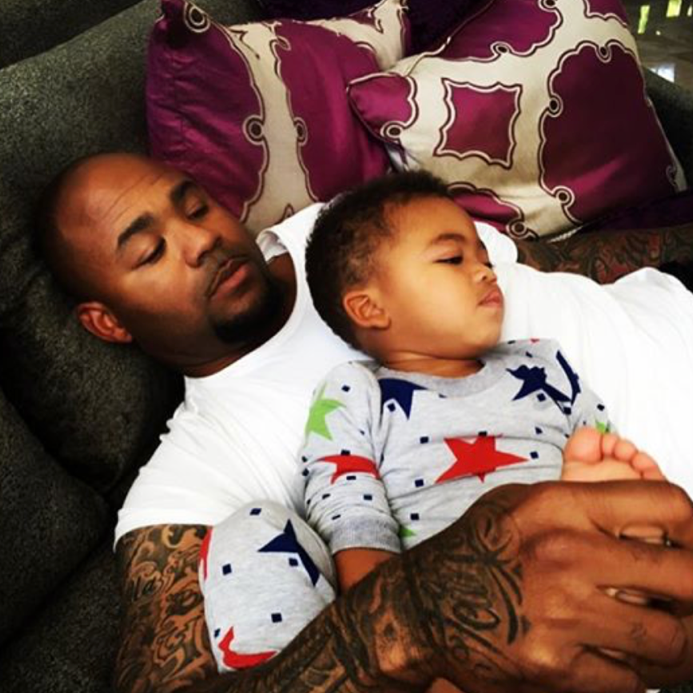 Carl Crawford is pictured with his son Carl Leo Crawford, whose mom is Evelyn Lozada.

Contrary to popular belief, rapper Megan Thee Stallion is not the mother of the newborn but rather a blogger named Seaux Gabby.

Gabby took to her Instagram on Tuesday to announce that she had welcomed a baby girl named Miss Celine Jolie Crawford.

“Since today’s my actual due date, let’s take it back when you were in mommy’s tummy. You are everything I could have dreamed of and more. We love you so much Miss Celine Jolie Crawford,” she wrote.

Rumors swirled in September that Crawford was expecting a baby with his “Big Ole Freak” artist Megan Thee Stallion. Both Crawford & Megan denied the claims and it was later confirmed that Seaux Gabby was the expectant mom.

This will reportedly be Crawford’s fourth child. He has one son with Evelyn Lozada and two children with a woman named Amy Freeman.

KHERIS ROGERS IS AMONG TEEN VOGUE’S TOP 21 UNDER 21