PORSHA WILLIAMS AND HER BABY ARE HAVING THE ‘#BESTBEDRESTEVER’ 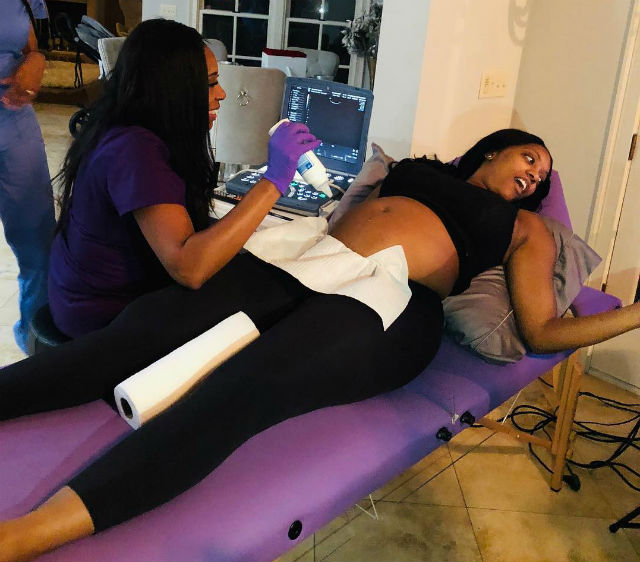 Pregnant Porsha Williams and her unborn baby are doing just fine! After being hospitalized last weekend for pregnancy complications due to large uterine fibroids, the reality star is back home recovering.

On Friday, the RHOA star revealed that she has been having the ‘#BestBedRestEver’ thanks to her friends and baby’s father Dennis Mckinley. In a video uploaded to Instagram a couple of days ago, Porsha can be seen surrounded by family and friends as she dances around with her baby bump out. So why was the Dish Nation host dancing? To get her daughter, nicknamed PJ, to move so that she could experience Little Angels 3d/4D Ultrasound .

“PJ completely turned her lil bum to the camera so in second video I was doing the “apple store” dance to [try] to move her around lol. It didn’t work PJ is already a diva.”

Porsha is expecting her first child with fiancé Dennis McKinley.  On Season 11 of the ‘Real Housewives of Atlanta’, fans will get to see Williams and McKinley’s love story unfold. On the first episode of the reality series, the couple went shopping for an engagement ring.

“Dennis brings out a different side in me. I’m laid back with him and we are just in love,” the reality star recently told Us exclusively. “Fortunately for the viewers, they catch us early on in the relationship. So we’re kinda going through a lot of firsts together, a lot of milestones on the show together.”

The Real Housewives of Atlanta airs on Bravo Sundays at 8 p.m. ET.