"I'm Happy To Make The Transition" 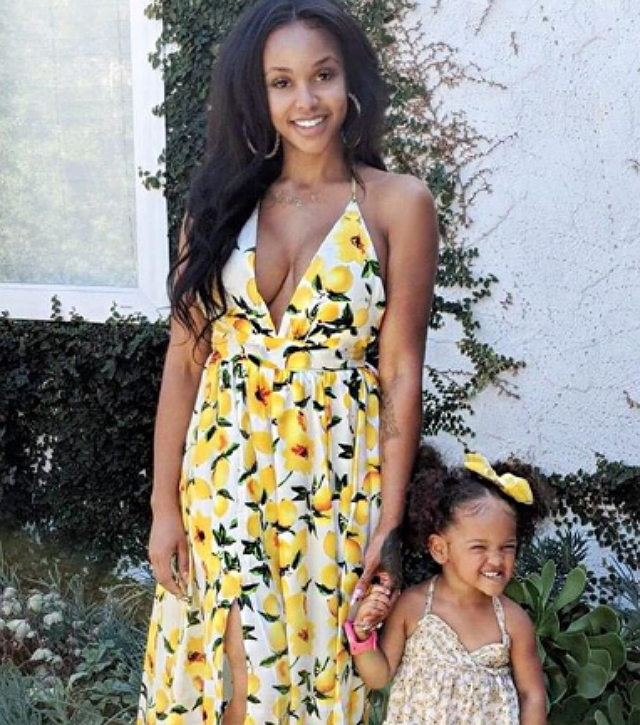 You will soon see Masika Kalysha on Growing Up Hip Hop: Atlanta. The recording artist tells Life & Style exclusively why she decided to make the switch from Love & Hip Hop: Hollywood.

As Masika explains, she was okay with the negative narrative that Love & Hip Hop: Hollywood established for her onscreen character until her daughter, Khari Barbie, was born. “That’s when I realized, ‘No, I’m not going to do this anymore,” Masika reveals. “I’m not going to allow a narrative to create this person I’m not that my daughter can see one day.”

Masika Kalysha paid a significant amount of money to get out of her Love & Hip Hop: Hollywood contract. She left the show without a replacement and was eventually offered a spot on Growing Up Hip Hop: Atlanta.

“The dream on LHHH, I really wanted to showcase my music and that’s something on GHHATL that they’re really passionate about and they wanted to tell my actual story,” Kalysha shares. “I think it’s a really good fit,” she adds. “I’m happy to make the transition.”

I started @kharibarbiebeauty for her. No better feeling than seeing the hair products I made from scratch in my kitchen for my princess help so many moms and dads all over the world. We have #kbb customers in 16 different countries and we continue to grow because it WORKS! Have you started growing with us! Log on to kharibarbiebeauty.com right now to order our #EverydayBaby formula & our #StimulatingGrowth Formula for adults

Masika will serve more as a sort of mentor to Bow Wow on Growing Up Hip Hop: Atlanta. The celebrity father has found a love interest and needs a woman’s wisdom on how to keep his partner happy. Masika withholds nothing in sharing her knowledge but rather goes the way of keeping it real. Fans will also get to see more of the creative process coming from Kalysha.

“I think I’m hoping for what I thought was going to happen the first time around, but didn’t,” the celebrity mom tells Life & Style of her journey with Growing Up Hip Hop: Atlanta. “I want people to actually get to know me as an artist and as a person.”

I got dressed first ?? mommy’s dress is from @chateauvogue (scroll through all the slides to see all of KB’s silly little faces ???) #nationaldaughtersday

“Yes, I’m funny, yes, I’m sarcastic, we all know I’m the clap back queen — all of that is true. But it’s one thing when you’re reacting to situations that would never happen in your real life — yes it’s your reaction, but no, it’s not your reality — and it’s another thing when you are fulfilling your own narrative and you’re able to do what you would normally do in your real life.”

Catch Masika Kalysha and other ATL celebrities from the Hip Hop sphere when the latest season of Growing Up Hip Hop: Atlanta premieres on Thursday, October 11, 2018, at 9 p.m. (EST) on Wetv!

ANTHONY ANDERSON PLANS TO GRADUATE COLLEGE WITH HIS SON