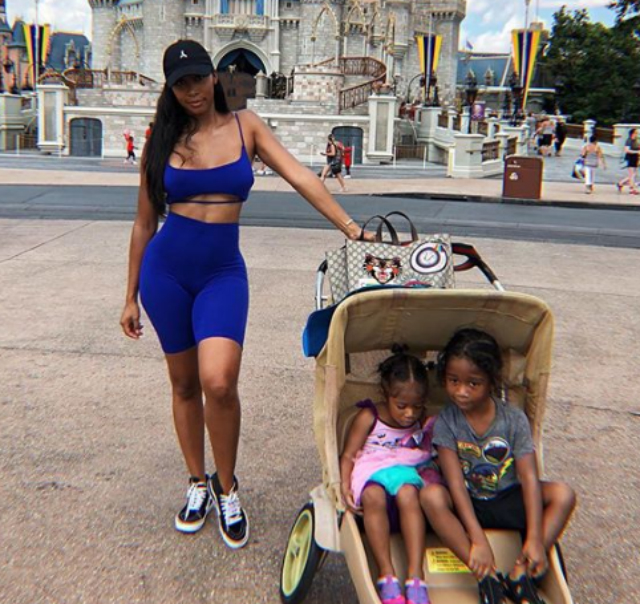 If it isn’t the self-classified parenting experts, it’s the fashion police who suddenly know what other people should and should not wear. The critics came for Apryl Jones after the celebrity mom shared a photo of her hanging out at Disneyland with her children, Megaa and A’mei.

“You do whatever makes your kids happy,” Apryl said of the outing. She went on to talk about how impossible it is to get both of her kids to look in the direction of the camera’s lens at the same time.

While many celebrated Apryl Jones for being an incredible mom, a few trolls took issue with the star mom’s blue Spandex outfit. “What not to wear when taking your kids out,” one critic said. “I would hate to have a mom like this,” the troll added. “She’s used to dressing like that,” another wrote. “Not socially aware at this point.” Really?

The good news for Apryl is that she had dozens of fans to clap back at the haters. “Society has brainwashed y’all to take some much time out Y’all day to criticize celebrities forgetting that they’re people just like us,” one of Apryl’s followers said. “She got money still tho. Y’all comments don’t mean sh*t to her.”

Perhaps one commenter summed things up best by writing, “You look fine to me everything is covered, people just want you to dress like them with Jean’s, khakis, polo and or t-shirt. NOT!” Exactly!