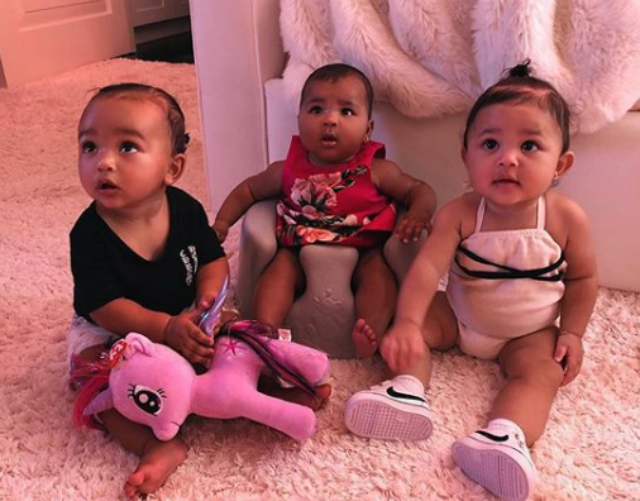 Khloe Kardashian has chosen a godparent for her daughter, True Thompson. The lucky loved one is Kim Kardashian. Khloe delved into the basis of her decision during the most recent episode of Keeping Up With The Kardashians.

“I am a huge planner, I love to be prepared,” Khloe said. “That’s just how I am,” she explained. “I always thought Kourtney would be the godparent of my child, but lately I’ve been watching Kimberly and she’s been someone that I really gravitate to as a mom. So it’s a tough choice between Kourtney and Kim.”

Kourtney responded to the notion of being a godparent by saying, “You have to think who has the best values of what you want your kids to be around and see and experience. I don’t know why this even something Khloé has to think about,” Kourtney continued. “My passion is my kids and my family and we’re always doing fun things and traveling. The kids have a sense of freedom but we also have boundaries, so I’m obviously the best choice.” Khloe apparently disagreed.

In other news, the next generation of Kardashian-Jenner received a bit of hate from racist trolls this past weekend. Kim Kardashian shared a picture of her daughter, Chicago, sitting with her cousins, True and Stormi, while looking up into the camera’s lens. That candid was all that haters needed to pounce on what was nothing short of a cute shot.

Of course, we will not give the trolls the satisfaction of having their vile repeated. We will, however, focus on the defenses that fans put up, which put the critics to shame. “This is the cutest,” one of Kim’s followers said of the picture. “Also, I cannot believe anyone can look at these 3 GORGEOUS BABIES and spew the garbage that they are spewing. Unbelievable.” Unbelievable, indeed!