REPORT: THE ROCK’S DAUGHTER SIMONE JOHNSON IS TRAINING TO BECOME A WWE STAR 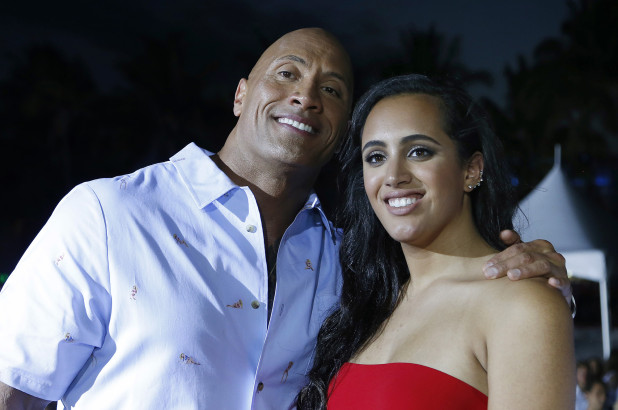 Simone Johnson, daughter of Dwayne “The Rock” Johnson, is reportedly planning to start training to become a WWE star just like her father. The apple doesn’t fall too far from the tree!

“[Simone] has taken the first step towards that goal by beginning training on a part-time basis at the WWE Performance Center.

The SmackDown Live superstar and manager revealed the starlet had already been training at the Performance Center in Orlando, Florida.”

Simone has reportedly spent part of her days at the Performance Center but allegedly plans to take things up a notch in coming months.

The latest reports are in line with Simone Johnson’s interview with Hollywood Reporter last year in which the teen told the media source that she was highly interested in wrestling for a living. “It’s a sport that is unlike anything else in the world,” Simone shared. “There’s just a certain amount of passion that every move and match requires, and that’s so admirable. It’s definitely something I’ve thought about and want to pursue.”

Although her father, Dwayne Johnson, has managed to transition from professional athlete to star actor in Hollywood, Simone told the Reporter that she didn’t have much of a desire to enter show business in the way of film.

“As much as I love and admire the film industry, I don’t see myself pursuing a career in it at the moment,” Simone revealed. “I plan to study business in college — NYU, hopefully — and after graduating, I want to pursue wrestling and eventually transition into talent management.”

Will Simone Johnson be the next great WWE star? We’ll have to wait and see!