Will We Get An Inside Look? How Epic Would That Be? 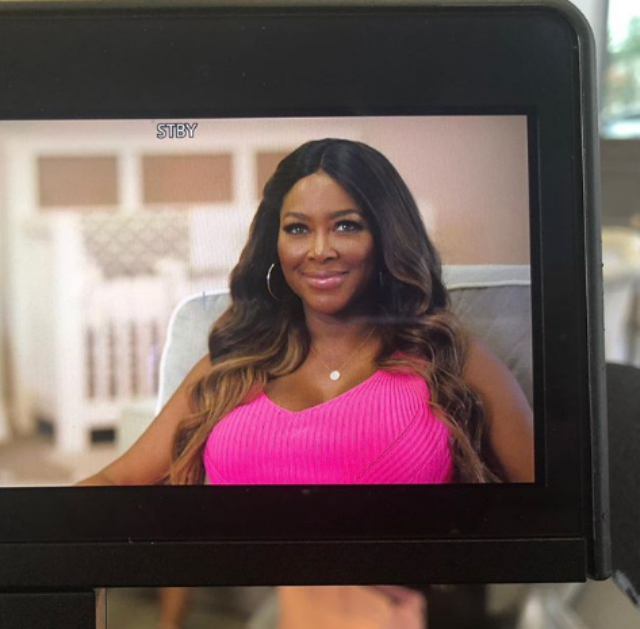 Are Kenya Moore and her husband, Marc Daly, planning a baby special? Maybe so. Some fans think that the Real Housewives of Atlanta star and her hubby are filming their expectancy experience and plan to share it with fans in the way of a Reality TV special in coming months.

Kenya recently told her Instagram followers that she was up at the top of the morning to get a bit of filming done. We know that Moore is not a member of the present season of RHOA, so what could this taping be for?

“It’s an exciting project,” Kenya revealed to her fan base. “Obviously, I can’t tell you what it is, but it’s nice to be up working,” she added.

Some fans speculate that the “exciting project” is Kenya Moore and Marc Daly’s baby special. A series coming from Kenya would be greatly appreciated since some of the reality star’s fans still cannot fathom a RHOA without Moore.

“Seriously Kenya we are not going to see u on the next season of RHOA,” one Instagram fan asked. “Coincidentally I started watching the show when u joined so I literally can not imagine it without you.” Another of Kenya’s followers said, “I’ll say [it] again. I ain’t watching #RHOA without her.”

Kenya Moore joined the Real Housewives of Atlanta cast during season five and has brought fierceness to the show. Moore experienced her fair share of disagreements with all of the women, yet always managed to be fabulous and twirl her troubles away.

The reunion of the Season 10 was especially monumental for Kenya Moore as she was forced to reveal her expectancy during the gathering by host Andy Cohen. A few of the women at the gathering did not appear convinced that Kenya was pregnant. There is definitely no denying Kenya’s protruding bump and pregnancy glow, now!