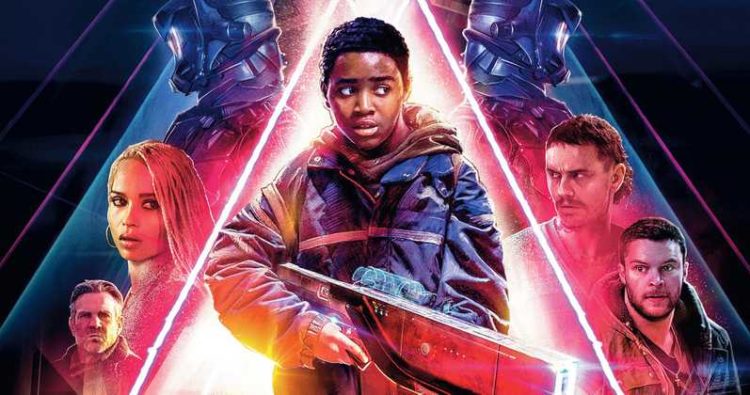 If you don’t recognize his name from BET’s The New Edition Story, where Myles Truitt portrayed the young Ralph Tresvant, then you may definitely want to take note because this young actor is on his way up the ladder of success.

Since starring in The New Edition Story, Truitt has had roles in Queen Sugar, Superstition, Atlanta, and is slated to appear in the CW hit series, Black Lightening. However, the role that everyone is talking about now is his upcoming Lionsgate film, Kin, where he stars alongside Zoe Kravitz, Dennis Quaid, James Franco, and Michael B. Jordan. The Shadow League caught up with Truitt to talk to him about the film and more. Check out below a snippet of what he had to say.

The Shadow League: What was it about the script that made you want to star in this film?

Myles Truitt: The script didn’t really make me want to do it. It was really the cast. I saw Zoe and Dennis Quaid and James Franco, then I saw the short film Bag Man, and that’s what really dragged me in. My casting agent showed me the short film and they told me that this was how “Kin” is going to be and how the character was going to be. I connected to the character. I had a lot of similarities with Eli, just being independent and quiet and being true to himself.

But, then, the script as well. I read the script and saw the dynamics inside the movie. I really wanted to be a part of this film.

TSL: Even today, it’s rare to see someone who looks like you or I cast as “The Chosen One” in a major motion picture.

MT: There aren’t a lot of young black males who are playing lead in this industry. So when I got cast for this, of course I was excited. I was ready to film, but I knew this was a big moment. Not just for me but for our black community. I was really excited to show a message to young black men, that they could also do this if they put there mind to it, and put the effort into it, that’s why I wanted to be in this movie.

TSL: What was it like working with Dennis Quaid?

MT: I just had a lot of sentimental moments with him. We were doing a scene in the car, and they said cut, and he was just like a big kid. I really connected with him. You would have thought that there was another child on set. I really did connect with him like he was really my Dad, you know? My on set Dad.

TSL: Your character appears to have a crush on an exotic dancer with a heart of gold, played by Zoe Kravitz. What was that paradigm like?

MT: It’s interesting that you would say that because I don’t think that’s how the brothers (Josh Baker, Jonathan Baker) were trying to play it. She was very nice to me, and Jack gives me this wad of money and says if she’s a nice girl give it to her. And she was one of those girls that really stood out to Eli. Not on a crush level, but on a sister-like friendship type of level.

TSL: The weapon is an integral part of the film and is almost like a character unto itself. What was that like?

To read the remainder of the interview, click here. Check-out a sneak peek below at what is sure to be a blockbuster film.