HAS DISNEY LIGHTENED PRINCESS TIANA’S SKIN IN THE UPCOMING SEQUEL TO “WRECK IT RALPH”? 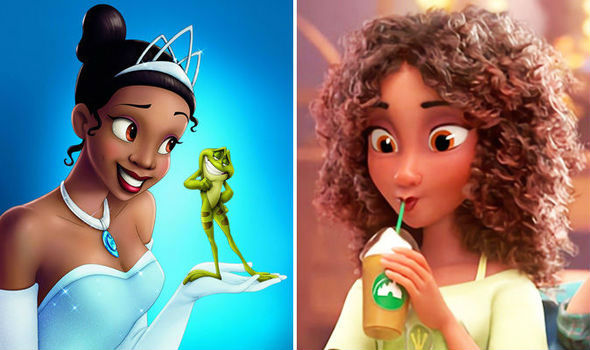 When The Princess and the Frog in 2009 was released, fans applauded the studio for making ground-breaking history as Princess Tiana joined other Disney princesses. When fans heard that Tiana was going to be in the sequel to Wreck it Ralph, they were excited until they saw her images.

#Disney's iconic princesses’ are serving up brand new looks in #RalphBreaksTheInternet, as seen in this exclusive new image!??In the upcoming 'Wreck-It Ralph' sequel, 14 of Disney’s most famous regal women meet Vanellope when the little racer encounters the ladies on a fan site. After discovering that she, too, is technically royalty, Vanellope and the princesses strike up a friendship. Click the link in our bio for more details. ?: Disney

A post shared by Entertainment Weekly (@entertainmentweekly) on Aug 10, 2018 at 6:25am PDT

Colorism in America has been an extremely divisive issue for generations. In Hollywood, it has been, and continues to be, a hot button topic. However, does colorism extend itself to movies geared towards children and young people or is the new visual of Princess Tiana in merely an animation mistake?

Check out the comments below and then sound-off. We want to hear from you.

In today’s edition of “you tried it,” Disney decided to reinforce colorism by lightening Princess Tiana’s skin in #RalphBreaksTheInternet. Tiana was a dark skin Black woman in Princess and the Frog, now she has light skin and Eurocentric features. What happened to her wide nose? pic.twitter.com/YnX9eFPLm9

thanos is shaking in his boots pic.twitter.com/IEg1Cz3dGC

Apparently Pocahontas has the same problem too.

Okay… As hyped as I am for this amazing still of Ralph Breaks the Internet… Why the hell are Pocahontas and Tiana's skintones lighter than what they truly are? Are you kidding me right now? I'm tired of this crap. pic.twitter.com/Ntsd5Mmmhu