YARA SHAHIDI IS THR’S “FACE AND BRAIN OF YOUNG HOLLYWOOD” 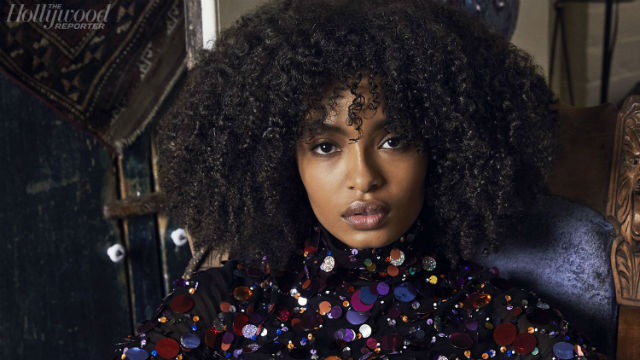 Yara Shahidi is perhaps one of the most recognizable faces of young Hollywood today. In addition to her amazing personality and outstanding talent, it is no wonder that the 18-year-old soon-to-be Harvard Freshman has been officially crowned as the “face and brain of Young Hollywood” in a new piece by The Hollywood Reporter. Check out some of her quotes from the article below.

Shahidi on why she founded Eighteen x 18: “My passion really stemmed from having gone through the 2016 election, where myself and many of my peers were unable to vote. A lot of them went with their parents to the polls, but there was that feeling of being lost. Like, ‘What can we do to contribute to our sociopolitical landscape?’”

Shahidi on her initial hesitation to star in grown-ish: “I’ve always had so many other interests and I knew being in almost every scene of a show that could go multiple seasons would require a level of investment that I’ve never needed to make before.”

Shahidi on letting others know that her generation is socially conscious: “The thing people don’t fully understand about my generation is just how multifaceted we are. Oftentimes, people like to oversimplify what [we] believe in or do, whether that’s, ‘Oh, you’re on your phones all the time,’ or, ‘Oh, you’re very self-centered,’ but what I’ve seen from my peers is that we’re socially engaged and curious about the world.”

To read the article in its entirety, click here. Shahidi’s star is just beginning to shine!

HEIRESS HARRIS IS A BOSS BABY