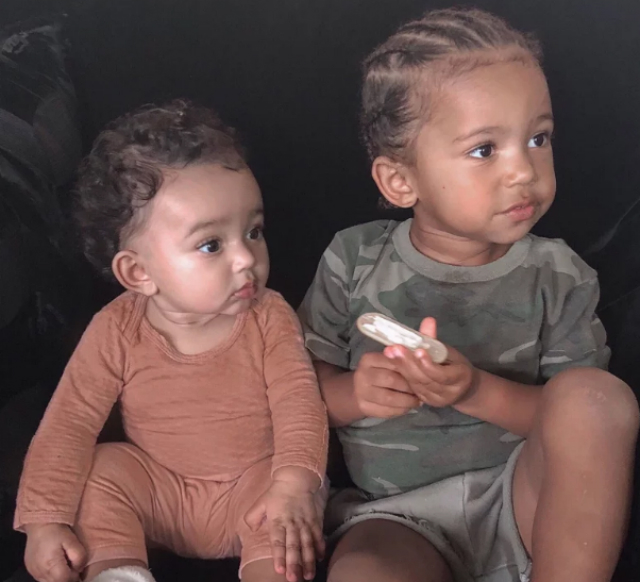 Chicago and Saint West are developing a bond that will not be easily broken. The brother and sister were recently photographed by their mother, Kim Kardashian, who celebrated their relationship.

“These two are inseparable #Chi #Saint,” Kim captioned underneath a picture of Chicago and Saint hanging out. Kim also shared a picture of her daughter with her cousin, True Thompson, that was simply precious. “Best friends for life!”

Kim Kardashian delved into her son’s reaction to having a little sister and two cousins who are all babies during a recent interview with PEOPLE. “Saint, every time he sees Stormi and True, he’s like, ‘I have a baby! Do you want to see my baby?!’ He is so obsessed with having a little sister. It is really, really cute,” Kim shared. “They are all so good together, but I think Saint is probably the most excited about all of the babies.”

Saint’s response to the Kardashian family’s expansion is quite the opposite of how his older sister, North West, responded to his arrival nearly two years ago.

“She does not like her brother,” Kim revealed during a guest spot on Live! With Kelly and Ryan. “I thought it was like, ‘OK, a couple months; she’s just warming up to it.’ She got so jealous when I would breastfeed and all that stuff. Now, the phase isn’t going away,” Kim continued. “She’ll slam the door on her brother’s face, and he’ll just start crying.”

It seems that Saint has found a partner for life in Chicago. How cute is that? Kim Kardashian and her husband, Kanye West, have three kids together.