AMINA BUDDAFLY CALLS OUT PETER GUNZ FOR MISSING THEIR DAUGHTER’S BIRTHDAY, HE RESPONDS

"I Feel Accomplished And Happy" 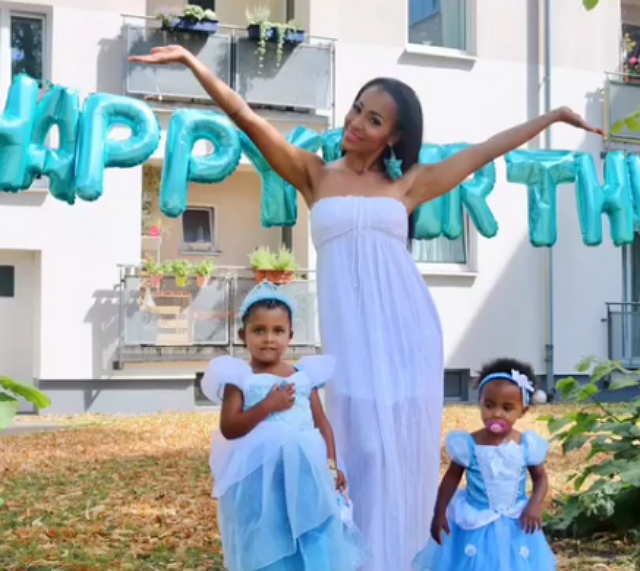 Let the sparks fly! Amina Buddafly called out Peter Gunz for not attending their daughter’s birthday party, and the celebrity father responded with an explanation for himself.

Amina took to social media this past weekend after her ex-husband was a no-show to Cori’s birthday festivities. “My baby @iamcorigunz is 4 today, and I gave her an amazing party with family and friends in Hamburg, Germany,” Amina shared via Instagram. “She had a blast,” the celebrity mom continued. “I feel accomplished and happy.” Amina also did not hesitate to point out the fact that Cori’s father, Peter, did not participate in making the youngster’s special day a success. Still, Amina told her fans that she was not angry with her child’s father.

“I’m not mad Peter missed his daughter’s birthday,” Amina explained. “I understand how his life is and the details behind him not coming. Like I said: We good. We wish he was a bigger part of their lives, but we don’t need him. I just don’t like someone continuously making promises they don’t keep. That is all.”

#aminabuddafly and #petergunz always got some beef but its tea and I'm going back n forth on they lives ? https://t.co/78h7D1jhaC

Peter was unwilling to allow himself to fall under the intense scrutiny of social media without also explaining his side of the story.

“One thing I pride myself in is my kids,” Gunz wrote online. “No matter how bad of a boyfriend or husband I am, I love and take care of my kids. I’m not a perfect dad. I can definitely do better. But when you spread yourself as thin as I have, time and money is (sic) extremely tight.”

Peter further delved into the issue by telling his social media subscribers, “Yesterday I called Amina to say happy birthday to my daughter, and she wouldn’t answer. So I told her to let the girls call me. I just assumed she was mad. No way I would expect her to call me [out] for my daughters birthday, but I see a few people read that the wrong.”

Peter Gunz did not disrespect the mother of his children but rather praised Amina for putting up with his past foolishness. “After all I’ve done to her, I could never be mad at her,” the celebrity father said. Still, “Yesterday was incredibly disappointing because I pride myself on loving my kids. So to not answer the phone but post that on the Gram leaves me no choice but to clear that up.”

MONYETTA SHAW IS WRITING A BOOK ABOUT CO-PARENTING

MONYETTA SHAW IS WRITING A BOOK ABOUT CO-PARENTING