Home » NEWS » KHLOE KARDASHIAN: ‘I HAD TO STOP BREASTFEEDING’

KHLOE KARDASHIAN: ‘I HAD TO STOP BREASTFEEDING’

"It Was Really Hard For Me To Stop" 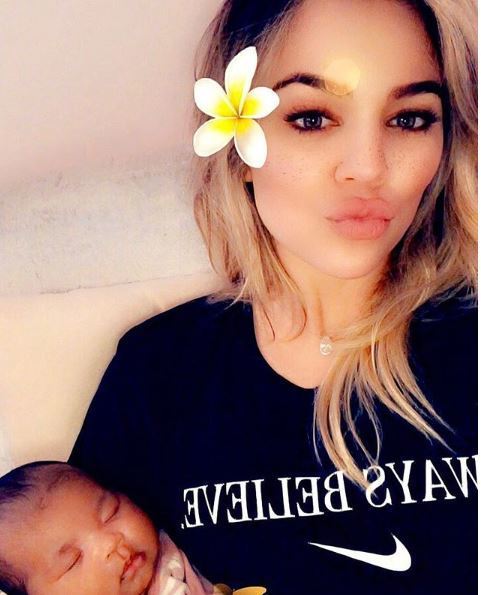 Khloe Kardashian has stopped breastfeeding her daughter, True Thompson, after three months of trying with no solid luck. The celebrity mom took to Twitter to share her struggles with nursing this past weekend.

I had a lactation specialist and everything ?

“I had to stop breastfeeding,” Khloe bemoaned. “It was really hard for me to stop (emotionally) but it wasn’t working for my body,” she shared. Kardashian further vented her discontent saying, “It was so frustrating because for Kourt it was sooooooo easy for her to breastfeed. My experience was very different.”

It was just a few weeks ago that Khloe’s mom, Kris Jenner, told media that her daughter was having a few challenges in the area of breastfeeding her daughter. “She’s so excited about motherhood and trying to get the nursing thing down, which is a little tricky,” Kris admitted. “She’s trying,” the star grandmother continued. “She’s really trying.”

Khloe may have been disappointed about her failed attempts to get nursing down to a science. The Keeping Up With The Kardashian star’s fans, however, were nothing short of supportive of Khloe’s decision to stop nursing baby True.

“This happened to me too,” one Twitter fan shared. “And no one really gets it because they had such an easy time. It’s both mentally and physically exhausting to know you can’t do something like that for your baby.”

Oh my gosh I was the same!! I fought and fought to try and continue but then when I actually stopped, I didn’t realize what a relief it was for me to not stress and worry anymore. Any sec I had of downtime I was stressing to produce more for the next feeding

Another of Khloe’s fans wrote, “I wish people wouldn’t make it seem like such an easy fix. For some people it just doesn’t work, there is likely nothing more you could have done. You did great, Momma!”

Khloe made it clear to her fans that she is still nursing baby True. She just uses formula when her breast’s milk isn’t enough. Stay tuned for more Kardashian baby news!

NO EXCUSES! JOSELINE HERNANDEZ PROVES THAT YOU CAN WORKOUT WITH YOUR KIDS