KEVIN HART HAS ‘THE BEST GIFT EVER’ IN HIS FAMILY

Despite Those Who Want To Scrutinize 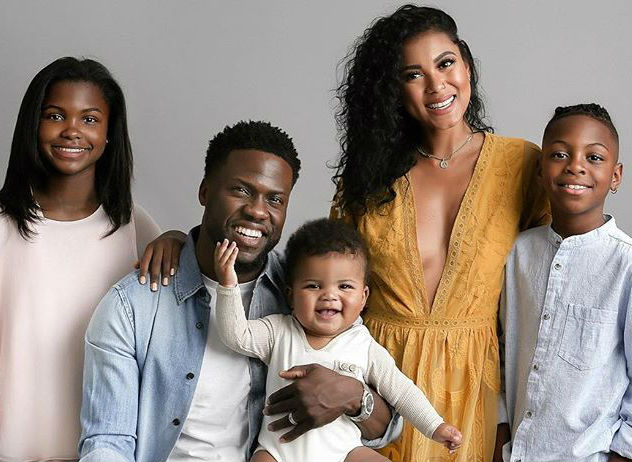 A family is the best gift ever, according to Kevin Hart who took to Instagram to celebrate his party of five this past weekend.

happy birthday babe ? there are so many words to describe you..wonderful, amazing, unique, incomparable, handsome, strong, incredibly FUNNY..u keep a smile on everyone’s face…I could go on forever…but putting a smile on your face is my number one goal today. You mean the world to me. Happy Birthday to my love! xoxo ♥️

“The best gift ever,” Kevin shared along with a picture of him sitting while surrounded by his kids – Heaven, Hendrix, and Kenzo. The youngest member of the family, Kenzo, sat on his dad’s lap while smiling from ear to ear. Many praised the photo as exemplary fatherhood. Some, however, scrutinized Kevin for taking a formal portrait without his wife, Eniko.

“I get the point of the photo,” one of Kevin’s Instagram fans said. “However, in my opinion, to keep things one hundred, decline the family photo shoots that don’t include the wife. Right now, it’s somebody you don’t know about in her inbox talking about, ‘How’s everything going?'” 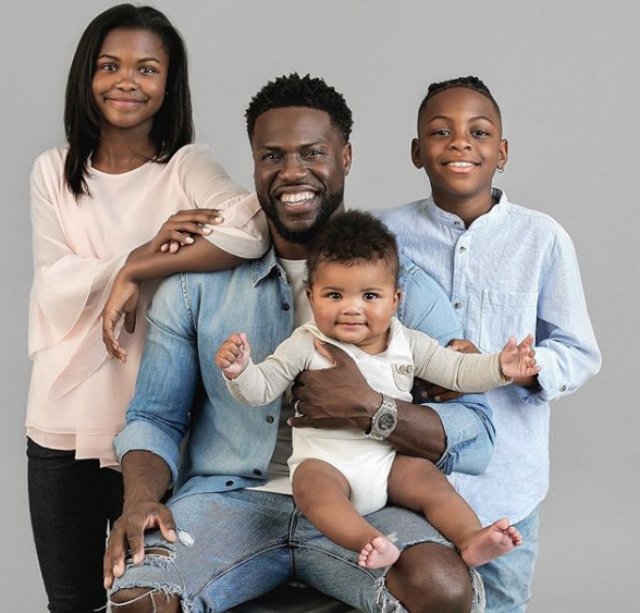 Kevin and Eniko Hart have certainly made it through their fair share of public scandal. It was just last year that Kevin found himself under massive scrutiny after a video surfaced of him cheating on his wife. Eniko was well into her third trimester of pregnancy at the time.

“It’s beyond irresponsible,” Kevin later said of his actions. “There’s no way around it,” he added. “That’s Kevin Hart in his dumbest moment. That’s not the finest hour of my life. With that being said, you make your bed you lay in it. You can’t say what were you thinking, because you weren’t thinking.”

The good news is that Kevin and Eniko made it through the rough patch and are now the proud parents of a son. Kenzo celebrates his first birthday in November. Heaven and Hendrix are Kevin’s kids from his first marriage to comedienne Torrei Hart. Stay tuned for more Kevin Hart celebrity father news!