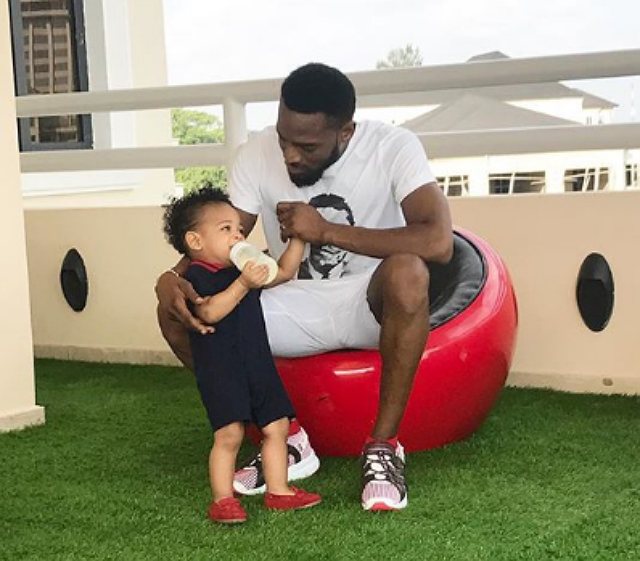 Sad news for Nigerian musician D’banj and his wife, Lineo. The couple’s 13-month-old son, Daniel III, reportedly drowned while D’banj was in the United States for the 2018 BET Awards.

According to BBC, “A family friend has confirmed the news [of Daniel’s drowning] but has said there would be no further statement.”

Daddy; @danieldthird you can't eat and do Yoga at the same time ? Son ; Banga lee watch me ??

D’banj did not directly address the tragedy of his son’s death but took to Instagram to acknowledge the troubled times that he and his family were enduring. “Trying Times,” the Afrobeats artist shared with his Instagram fans this past weekend. “But my God is Always and Forever Faithful,” D’banj added.

Trying Times ??. But my God is Always and Forever Faithful ?.

It was just the other week that fans got to see a photo of D’banj fulfilling his parenting duties at home. The star dad uploaded a candid of himself changing his son’s diaper in honor of Father’s Day. Now, the picture brings tears of sadness to fans’ eyes as they remember little Daniel.

“If just looking at this pic makes tears roll down my eyes each time… I really wonder for the parents,” one Instagram subscriber said after viewing the precious moment in light of the recent tragic news. “Only God knows why this happened,” the fan added.

Daniel was D’banj and Lineo’s only child.