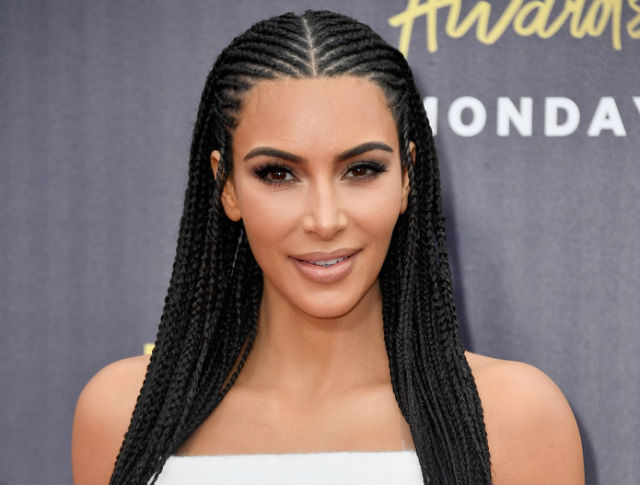 Kim Kardashian-West recently opened up to Bustle about her reason for wearing Fulani braids to the 2018 MTV Movie & TV Awards.

“I actually didn’t see backlash,” Kim says. “I actually did that look because North said she wanted braids and asked if I would do them with her. So we braided her hair and then we braided my hair.”

Earlier this year, Kim Kardashian came under fire for attributing Fulani braids, which have their origins in West Africa, to European culture. “I [do] remember the backlash when I had the blonde hair and that I called them ‘Bo Derek braids,'” Kim shares with media. “But I obviously know they’re called Fulani braids and I know the origin of where they came from and I’m totally respectful of that. I’m not tone deaf to where I don’t get it. I do get it.”

This past week, Kim received backlash for straightening daughter North’s hair. Dozens of online critics slammed the celebrity mom for allegedly forcing her daughter to undergo the uncomfortable process of a blowout at such a young age. Kim, however, tells Bustle that her daughter wanted the look.

“She wanted to try straight hair so I said she could try it for her birthday party and then if she liked it, she could do it in New York for her birthday. It’s very limited to just that. And she knows that,” Kim explains.

“I think everyone thought it was this crazy pressed thing — I mean, I just used a flat iron and everyone was saying she was wearing extensions and I was like, ‘No, she has curly hair, so that’s what the length of her hair is when it’s straightened.’ I was just seeing these things that [people were saying] online and they were just ridiculous.”

North is Kim Kardashian and Kanye West’s oldest child. The celebrity couple has three kids in all.