Home » NEWS » MARIAH CAREY SAYS HER SON SPENT $5,000 ON A DOG AND OTHER GOODIES ONLINE

MARIAH CAREY SAYS HER SON SPENT $5,000 ON A DOG AND OTHER GOODIES ONLINE 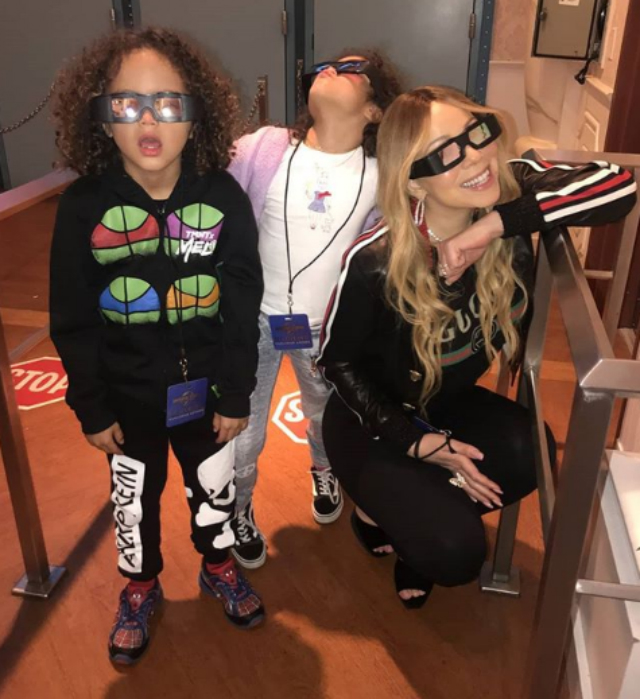 What would you do with an extra $5,000? Mariah Carey’s son, Moroccan, spent such amount on a dog and other things online. Mariah Carey shares her son’s story with Jimmy Kimmel.

“My son is, like, a technological genius. He ordered a dog the other day. He went with his father [Nick Cannon]. And they called him and they were like, ‘Your dog is ready.’ He’s like, ‘I didn’t order a d*mn dog.’”

Needless to say, the dog was returned to sender. “The dog’s been canceled,” Mariah shares. “We have dogs, they have pets. They have fish. They have everything they need.”

While Moroccan is spending thousands online, Monroe wants to get on with her career in the music industry. “My daughter was like, ‘I really need to get back in the studio,'” Carey muses. Monroe and Moroccan recorded a single called ‘Roc & Roe’ several months back, but the song hasn’t been released to the general public.

“I have to talk it over with Nick and see how he feels about it,” Mariah says about possible releasing her kids’ single. “I would be very angry if he released a song [of the kids’] without asking me. Sorry, Nick.”

Will we be hearing Monroe and Moroccan’s song in coming years? Maybe so, maybe no. For now, we’ll just continue to enjoy the hilarious stories and cute pictures of the kids.

AMBER ROSE: 'I TEACH MY SON THAT A WOMAN'S BODY IS NOT A SEXUAL OBJECT'