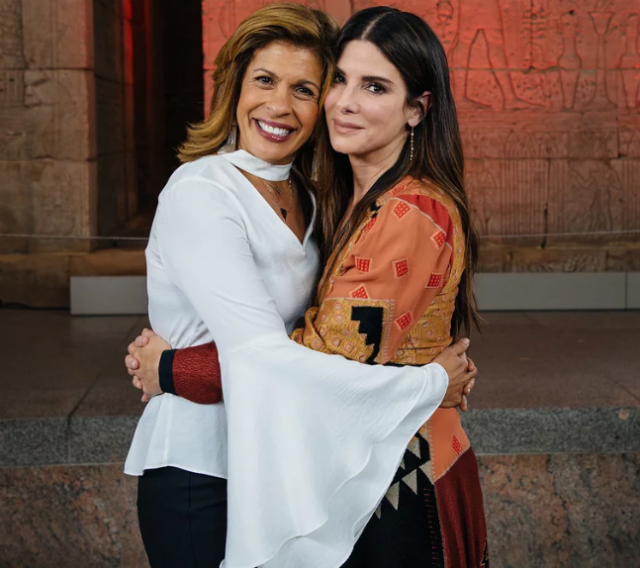 Sandra Bullock knew that her son, Louis, was in New Orleans after Hurricane Katrina. The celebrity mom tells Hoda Kotb of TODAY how she and her oldest child had a connection from the start.

“Katrina happened in New Orleans and something told me, ‘My child is there.’ It was weird,” Sandra reveals. “I looked at him like, ‘Oh, there you are.’ It was like he had always been there. He fit in the crook of my arm. He looked me in the eyes. He was wise. My child was wise.”

Bullock goes on to say, “The beautiful thing that I was constantly told was, ‘The perfect child will find you. You will find your child.’ But you don’t believe that when it’s not happening. When you’re going, ‘Where is my family?’ When it does happen, you know exactly what they’re talking about.”

The perfect child came for the second time in the form of little Laila a few years after Sandra adopted Louis. Surprisingly enough, Sandra’s son was the inspiration behind her decision to adopt a girl. “It’s Louis’ way,” Sandra shares. “Louis has a very strong way. He’s a fine leader, and he led me to Lai.”

Get the scoop on how Lou led his mom to his younger sister in the clip below. Sandra Bullock is the proud mom of two kids.

TAMERA MOWRY ON HER DAUGHTER'S APPEARANCE: 'SHE HAS ADAM'S HEAD'

TAMERA MOWRY ON HER DAUGHTER'S APPEARANCE: 'SHE HAS ADAM'S HEAD'