"Those Nurses Can't Stop My Mom!" 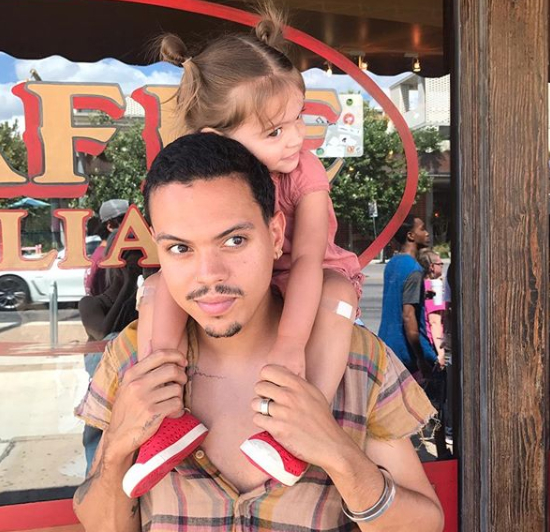 No one can keep Diana Ross from a good thing, and to witness the birth of her granddaughter, Jagger Ross, was definitely a good thing. Evan Ross tells media how his mom made her way to the delivery room when their daughter was born in 2015 despite his and wife Ashlee Simpson’s request for an intimate experience.

“Probably our parents coming in before it was time to come,” Evan says of the most ingrained memory from Jagger’s birth. “I was like, ‘What are y’all doing?!'” Evan further explains, “While [Ashlee] was having the baby, we said we were going to do it just us, but then we saw both our parents behind the curtain watching. Also, those nurses can’t stop my mom! Like, Diana Ross just walks in.” Well, she is Diana Ross, after all!

Ashlee and Evan recently launched a Zadig and Voltaire unisex line called Jagger Snow, which is named after their daughter. “I love dressing Jagger,” Ashlee reveals. “It’s so much fun for me!”

Jagger Snow is not a children’s collection even though the brand carries the name of Ashlee and Evan’s toddler. The line is definitely fashionable for adults, though, with everything from jean jackets to stylish hats. You can learn more about the Ross’ Jagger Snow gender-neutral clothing line here.

Ashlee and Evan Ross have one child together. Ashlee also has a son named Bronx who celebrates his tenth birthday in November.