DONALD FAISON SHARES SWEET PHOTOS OF HIS WIFE AND KIDS 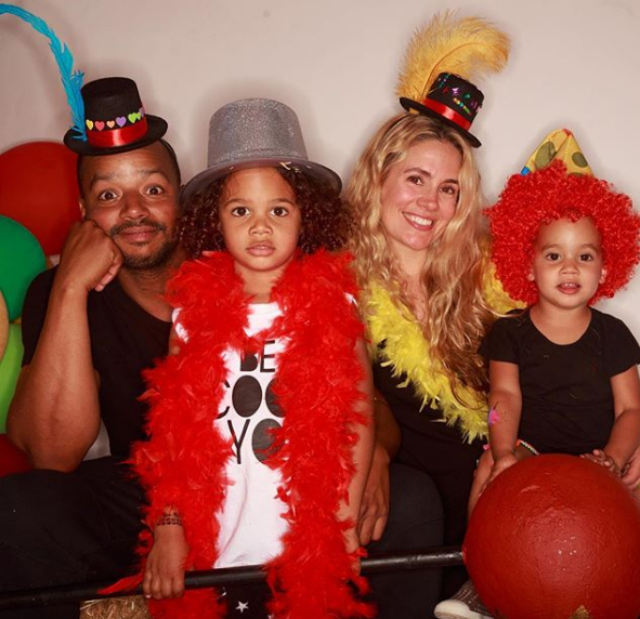 Donald Faison is a doting dad. The celebrity father recently shared photos of his family that were just too cute.

“This is us,” Donald shared along with a picture of him with his wife, CaCee, and kids, Wilder and Rocco. Donald also hashtagged that he and his crew were just “clowning around,” which explained the family’s attire in the candid. “You’ve finally earned the name Turkleton,” one fan said. “Beautiful family.” The Faisons are lovely, aren’t they?

It was just last year that Donald Faison shared sweet photos of his children after the loss of his ex-wife, Lisa Askey. The mother of Donald’s adult children died after battling an illness for several months. “She and I never really saw eye to eye but one thing we did share was our love for our children,” Faison told his Instagram fans after learning of his ex-wife’s passing. “You raised three beautiful children into fine adults and I am forever grateful for that. May God bless your soul with light and love.”

Donald attributed much of his success in the industry to Lisa. The actor told PEOPLE how his first wife helped him realize the importance of hard work and stewardship. “I spent money on stupid things. A motorcycle, a big-screen TV,” Faison said. “She straightened me out,” he added. Lisa also commented on her husband’s positive life changes saying, “He’s just a big kid himself.”