"If I Can Look Half This Good While Pregnant, I'll Be Happy" 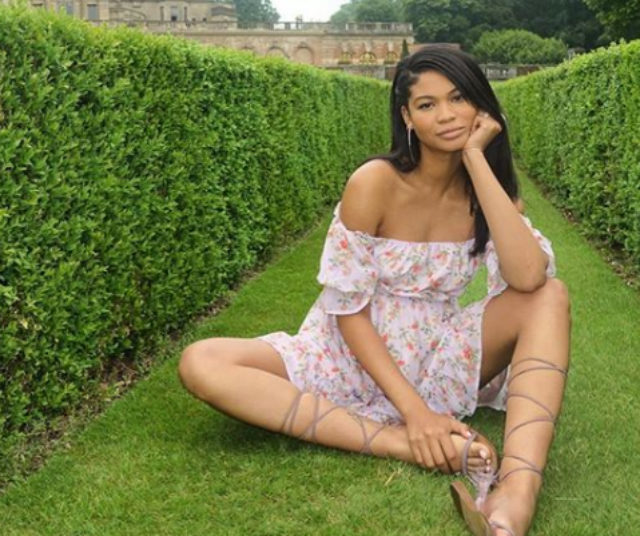 Chanel Iman is showing off her bump and we are taking in every candid. Check out our favorites below!

One photo showed Chanel striking a pose at the Revolve Closing Party in London. Chanel’s bump was barely noticeable as she rocked a beautiful and sheer blue dress. “If I can look half this good while pregnant, I’ll be happy,” one fan said. We agree. Iman looks fabulous!

Another picture showed Iman posing while connecting with nature. The model was wearing a cute outfit fit for spring or summer. “You look like a giant doll, like in Alice in Wonderland,” one social media follower said. “What a beautiful lady,” the fan exclaimed.

It was just a few weeks ago that Chanel Iman announced her and husband Sterling Shepard’s expectancy. “Daddy and Mommy can’t wait to meet you,” the mom-to-be shared on Mother’s Day. Chanel also uploaded a picture of her looking at her protruding stomach while smiling. “As I approach motherhood, I want to wish a Happy Mother’s Day to all mothers and mommies to be,” she added.

Chanel and Sterling’s little one will soon join the Shepard family, which never fails to remember the late patriarch, Derrick Shepard. It was just two years ago that Sterling Shepard paid tribute to his late father while competing against the New York Giants. The Miami Dolphins beat the Giants in a final score of 27-10, and Sterling attributed much of his success to his parents’ influence.

“I always think about him,” Sterling said of his late father. “I wore No. 3 in college for him, and all throughout when I was a little kid, so when I throw on the 87 for the first time in the NFL, of course, that kinda rang a bell in my head. When I get on the field, I always play for my parents.”

DONALD FAISON SHARES SWEET PHOTOS OF HIS WIFE AND KIDS

OCTAVIA SPENCER: 'MY EGGS ARE EXPIRING ON THE SHELF'

Comedian Kevin Hart recently reflected on some of his past mistakes, opening up on why...

Cassie Ventura is in her final days of pregnancy. The singer shared the news on...

Grammy-nominated singer Bryson Tiller and his girlfriend Kendra Bailey are excited to meet their daughter,...

OCTAVIA SPENCER: 'MY EGGS ARE EXPIRING ON THE SHELF'