Home » The List » HAPPY MOTHER’S DAY! HERE ARE THREE MOVIES YOU SHOULD DEFINITELY CATCH THIS WEEKEND

HAPPY MOTHER’S DAY! HERE ARE THREE MOVIES YOU SHOULD DEFINITELY CATCH THIS WEEKEND

"See You On The Quad! 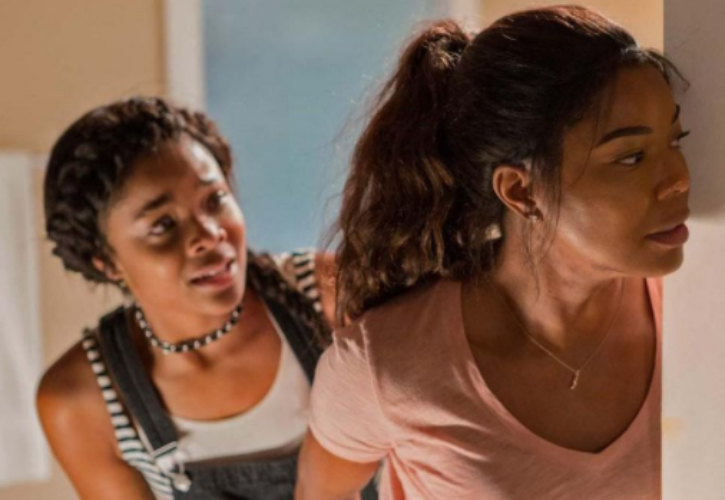 Sometimes all that mom needs to unwind and feel the love is a good movie to which she can relate. We’ve got you covered with these three films that are all about motherhood and all of its crazy turns. Be prepared to both laugh and cry hysterically!

There is something special about showing the rawness that is motherhood on the big screen. Tully is remarkable in the sense that it allows us to truly appreciate what moms go through by showing us the not-so-pretty side of parenting.

Tully (Mackenzie Davis) is the nanny who understands what it’s like to rear three children while trying to look and feel beautiful for a husband who doesn’t “get it.” She is determined to care for Marlo (Charlize Theron) who can definitely use a break from adulting.

“I read this script when I was myself just coming out of that dark tunnel of [motherhood],” Charlize says of her connection to the film. “My second kid was around five or six months old,” she explains. I’d just moved her out of my bedroom. She didn’t need me every two hours and I felt like a person again. And so, reading this, it felt very familiar. I was like, wow, I just went through this.”

Marlo is the mom that we all know, and Tully is the nanny that every mother wishes she had.

You don’t mess with a mama bear and expect her to let you go your way. Shaun Russell (Gabrielle Union) is the mama bear, and the men who think that they will lock her out of the family home with the kids inside are the prey. They messed with the right one.

“She saves herself,” Gabrielle says of her character. “There’s no one that comes to her rescue but her. Through this strength and intelligence and wit and cunning of her and her daughter, they figure out how to save themselves. And actually when the man shows up, when the dad shows up, he’s actually a liability.” Girl power!

3. Life of the Party

Melissa McCarthy, in our humble opinion, is hilarious! This comedienne takes things to a different level in Life of the Party.

Deanna (Melissa McCarthy) has a Waiting to Exhale moment when her husband abruptly asks for a divorce. So, in true Angela Bassett style, the mom of a college student gathers all of her estranged spouse’s belongings and places them in the backyard with the intention of setting fire to them. Unfortunately, things don’t go as planned for Deanna and the small campfire plan turns into an explosion.

After regrouping from being slightly blown away, Deanna decides to go back to college in pursuit of her degree. That’s good thinking, girl! What ensues is nothing short of hilarity as Deanna’s daughter shows her the ins and outs of university life in the twenty-first century. “See you on the quad!”

Melissa McCarthy delves into working onset of Life of the Party during a recent interview with Collider. “Something magical just happened, that first day,” she explains. “All of these young actors were just so fun and they were truly excited to be working. They’d come in on days off, which just never happens. We had such a good time, and they made everybody happy. On days when the whole group wasn’t there, the crew was like, ‘Hmm, it’s so quiet,’ and everybody was a little more mopey (sic). I was like, ‘But I’m still here!’ And they were like, ‘Yeah, we know. It’s just not the same.’ I was like, ‘Yeah, I can’t argue with that. I know what you mean.'”

See you at the theater!

KAMIAH AND BRADLEY ARE HAVING A BABY BOY