They Read 'The Brother Book' 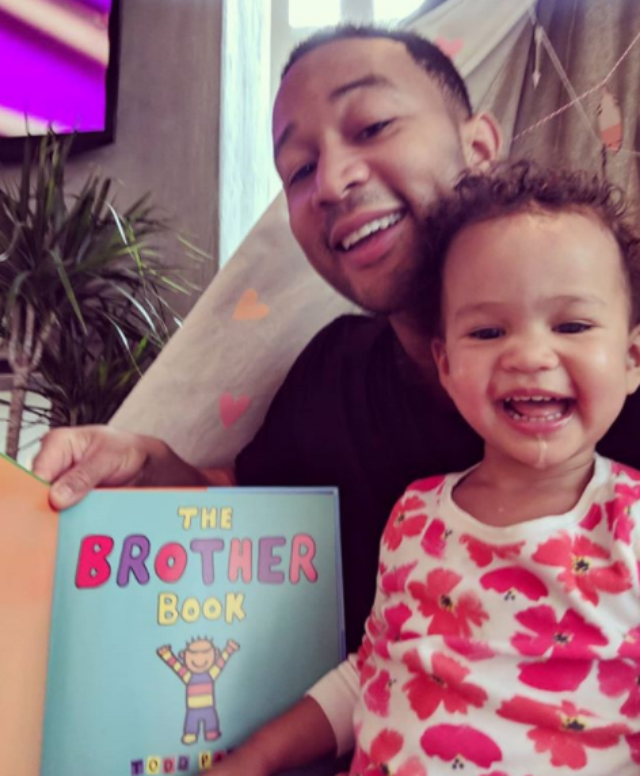 John Legend is preparing his daughter, Luna Stephens, for the role of big sisterhood. The Jesus Christ, Superstar lead uploaded a sweet snapshot of him reading to his daughter earlier this week.

“Prepping for a new arrival,” John captioned underneath a picture of him and Luna smiling while holding up their book of choice. It seems that storytime was in sync with the life changes that Luna will soon undergo as the tale was titled, The Brother Book. Definitely fitting!

Luna isn’t the only one preparing for family expansion. The toddler’s mom, Chrissy Teigen, also took to social media to talk about her anticipated life as the parent of two kids and how her fashion sense will soon change. “Time for a style overhaul,” Chrissy tweeted on Thursday. “I wore the same stuff after Luna but I think it’s time I let the young guns wear the vetements now,” she added. “Hailey, Bella, Gigi, Kendall. Take it away. Ol’ Chrissy-two-kids is moving onto mature pastures.”

Time for a style overhaul. I wore the same stuff after Luna but I think it’s time I let the young guns wear the vetements now. Hailey, Bella, Gigi, Kendall. Take it away. Ol’ Chrissy-two-kids is moving onto mature pastures

One fan thought that Chrissy’s “mature pastures” included mom jeans. The celebrity mom, however, set the record straight. “Not yet,” Chrissy replied. “More like…. ‘I work at a fashion magazine but I’m not working right at this second’ style.”