Home » NEWS » THANDIE NEWTON IS EXCITED ABOUT HER UPCOMING ‘STAR WARS’ ROLE: ‘I HAVE A TOY AND EVERYTHING’

THANDIE NEWTON IS EXCITED ABOUT HER UPCOMING ‘STAR WARS’ ROLE: ‘I HAVE A TOY AND EVERYTHING’ 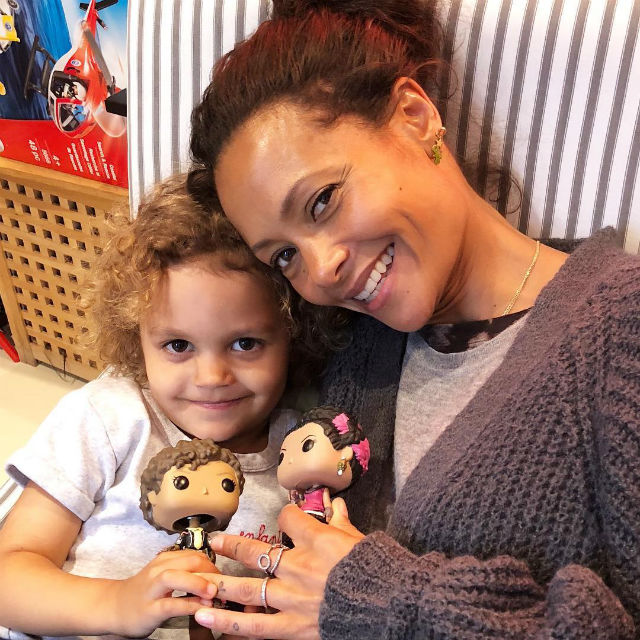 Thandie Newton poses with her son, Booker, and new Star Wars bobbleheads. The celebrity mom is set to star in the latest Star Wars flick, which is monumental for more reasons than one.

“I’m the first woman of color to have a prominent role in the Star Wars legacy,” Thandie explains. “There have been others with one line and Lupita Nyong’o was a computer-generated character [in The Force Awakens and The Last Jedi], but you didn’t get to see the color of her skin. I’m the first. I’m going to have a toy and everything. It’s exciting, but that’s all I can say. It is a big deal.”

What’s also a big deal is the notion of Star Wars coming out with a new installment to add to its already incredible empire. “Sci-fi really captures people’s attention like nothing else, but the fans are absolutely bonkers,” Thandie tells media. “I took my four-year-old [Booker] to a park in Los Angeles last year, but I didn’t realize there was a huge Star Wars convention taking place up the road. All these grown-up men dressed as Stormtroopers were riding around on a kids’ train in the park. It was the most surreal sight.”

You can catch Thandie Newton in her role as Val when Solo: A Star Wars Story comes to theaters on May 25, 2018. Watch the film’s official teaser below!

STEVIE J LOVES HIS CHILDREN MORE THAN HIMSELF, SPEAKS OUT AGAINST CHILD SUPPORT SYSTEM