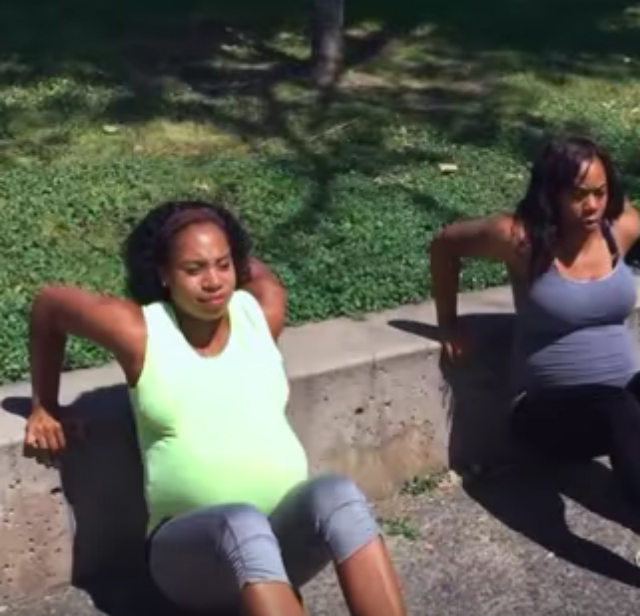 Revolutionary, or not so much? Herbal Essence is catching a bit of heat over its latest ad that promotes women’s strength during pregnancy.

While many viewers get the point of moms-to-be having strength beyond measure, a few online commenters expressed concern over the way that Herbal Essence encourages expectant women to exhibit their power. According to the brand’s latest commercial, expectant women can do everything including strenuous workouts and long hours in the office. She can also, of course, give birth to a little human being.

It is certainly true that the female body is resilient. The question that many online commenters had for Herbal Essence was should pregnant women engage in every activity in which their male and non-expectant female counterparts participate?

“Pregnancy is a delicate state and you should be careful for the sake of delivering a healthy baby,” one concerned YouTube subscriber said in response to Herbal Essence’s ad. Another critic wrote, “Miscarriage in 3, 2.”

Either women have free will and equal opportunity to do whatever they want, or, women need to be treated like babies and told what we can and cannot do (pregnant or not). Check out this infantilizing #PregnantWomenCan Herbal Essences ad that keeps popping up on YouTube ? pic.twitter.com/SJDDaIoac8

Perhaps one social media commenter said it best when they wrote, “I think one of the most important lessons my parents taught me was ‘JUST BECAUSE YOU CAN, DOESN’T MEAN YOU SHOULD.’ There’s a reason the doctor, a trained medical professional, advises pregnant women from exerting themselves during pregnancy. There’s this thing called ‘stress-induced miscarriages.'”

Perhaps Herbal Essence was attempting to promote the notion of women being capable of the same activities as men. Maybe the brand went too far with this latest effort, though. Perhaps yes, perhaps no. In any case, #PregnantWomenCan! See More