Home » The List » 5 THINGS WE LEARNED ABOUT NORTH, SAINT, AND CHICAGO WEST FROM KIM’S LATEST INTERVIEW

5 THINGS WE LEARNED ABOUT NORTH, SAINT, AND CHICAGO WEST FROM KIM’S LATEST INTERVIEW 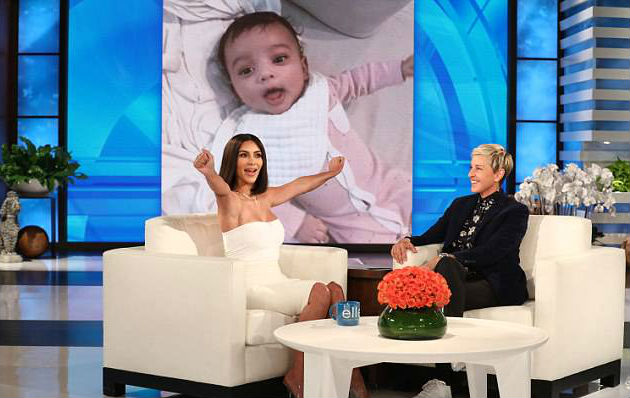 1. Kim Kardashian initially considered naming Chicago after her grandmother Mary Jo, but husband Kanye West wanted to name the baby after his mother Donda West, who died in 2007.

“He really wanted his mother’s name, and I love that name, too, but I just wasn’t sure,” said Kardashian. “It’s so much to live up to.”

3. Saint West is a genius. He can even spell his name and the word ‘gargantuan’

4. North West is nicer to her little sister than she is to Saint, but recently, princess North West showed kindness towards Saint by sharing her popcorn with him. This was a big step in the West household as North hardly speaks to Saint.

“She’s better than she was with Saint,” Kardashian explained. “[But] there was a shocking moment yesterday. She literally had a can of popcorn and was like, ‘Saint, do you want some?’ And I was like ‘What!?’ You gotta understand, she does not share with Saint, she does not hardly talk to Saint, so that was such a big moment in my household.”

5. Saint is nicer than North. He smothers Chicago and loves his little sister

CJ IS THE TINIEST DRIBBLER ON NBC'S 'LITTLE BIG SHOTS'

MOMMY AND ME: SERENA WILLIAMS, TAMEKA 'TINY' HARRIS AND MORE

MOMMY AND ME: SERENA WILLIAMS, TAMEKA 'TINY' HARRIS AND MORE