Stevie's Lawyer, Adamma McKinnon, Is Out 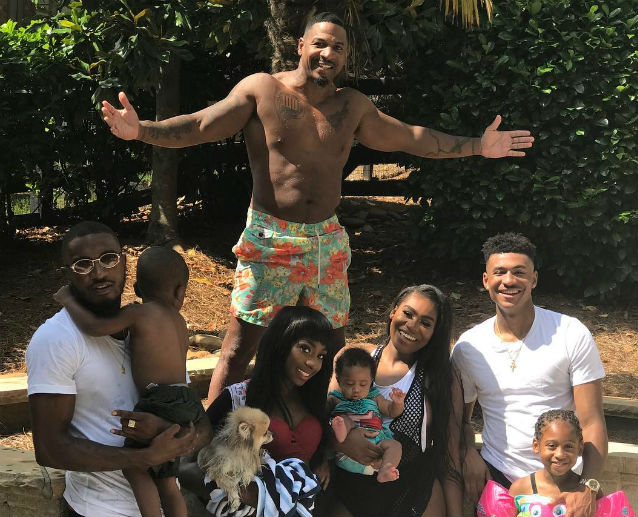 Stevie J is not leaving the details of his child support case with Joseline Hernandez to a lawyer. He, instead, will represent himself in the matter.

RELATED POST: JOSELINE AND DAUGHTER ARE ‘PEACHY’ AFTER HAIR COMMENTS

“Love & Hip Hop: Atlanta’s Stevie J is now representing himself in his bombshell paternity and child support case against his former lover and co-star Joseline Hernandez, BOSSIP has learned.

Adamma McKinnon, the lawyer for the producer and reality TV staple, filed court docs last month asking to be let off the case because of an apparent conflict of interest. And last week, the family court judge on the case signed off on McKinnon’s request, meaning Stevie is now lawyer-less in his upcoming court battle, which is set to begin next week.”

As some may remember, Joseline Hernandez sued Stevie J for paternity shortly after their daughter, Bonnie Bella, was born in 2016. Joseline also hoped to establish child support payments, which led to an onslaught of both she and Stevie accusing one another of drug abuse. Hernandez has not denied her battle with drugs in the past but has assured fans that becoming a parent has effectively put the brakes on such activity.

Don’t believe the hype, I️ love my family & I’ll protect my children by any means necessary. Crooked people will be exposed & God will deal with the evil folks. Ameen

Meanwhile, Stevie J is presently involved in another child support case in which he is accused of owing upwards of $1.3 million in missed payments. “We’re still negotiating that,” the star dad said during a recent interview with The Grio. “My kids all know I love them and we are best buddies and we have to go through formalities in life,” he added. “Once you go through things it just makes you a better person. Sometimes you make a wrong turn and you have to rise out of the situation and that’s what we are doing.”

Stay tuned to see how the court drama between Stevie J and Joseline Hernandez unfolds!