YARA SHAHIDI SITS DOWN WITH “THE NEW YORK TIMES STYLE” MAGAZINE SINGAPORE TO TALK ABOUT HER AMBITION FOR TEENAGE VOTERS, UNITY, AND MORE 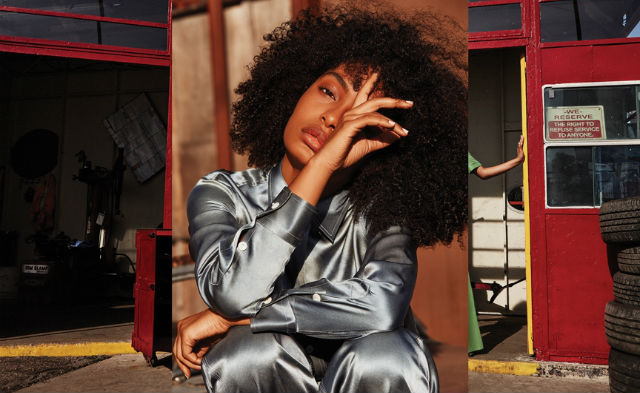 Yara Shahidi is known for her amazing talent, keen fashion sense, and fervent activism. Although the 18-year-old Grown-ish star is a teenager in number, she is truly wise well beyond her years. Therefore, it comes as no surprise that she has poised herself to lead her generation in terms of everything from diversity to unity to helping to get out the word to vote.

Action is activism and there is no doubt that Shahidi is the embodiment of the word. Recently the young star sat down with The New York Times Style Magazine Singapore to talk about her ambitions and more.

Check out an excerpt from her interview below.

How did you end up being the keynote speaker for last year’s Teen Vogue Summit?

Well, it came about actually when Elaine Welteroth, the former editor-in-chief for Teen Vogue actually texted me. She was like, “Hey, I have this really cool opportunity, don’t know if you’re down but I’m so excited, just telling you and your mother, but know it’s going to the rest of your team soon.” And I didn’t know what it was, but when she texted me, it was one of those moments that is kind of surreal — the fact that somebody would consider me for that kind of opportunity!

Prepping for it was so much fun. I had read James Baldwin’s “The Fire Next Time”, because Baldwin always gives me inspiration for whenever I write or whenever I have to speak, and so, after reading the book, I wrote a piece about Baldwin and that piece led me to the questions that I wanted to ask Secretary Clinton. Then, in the actual moment when I was sitting right across from her, I was nervous at first because it was a big opportunity and people trusted me with this opportunity and I was sitting in front of my peers. But as we began talking, it was such a natural conversation and I realised how much I enjoy being in or amidst a great discussion and so it flew by.

I think one of the most impactful things about the experience was the fact that there was a symbolic passing of the baton during that moment. There was the symbolic moment of trusting somebody from Generation Z and so, not only was it the literal passing of information from generation to generation, but also to see all of my peers in the crowd see me as the person who is in conversation with Secretary Clinton. It was a moment in which I realized Generation Z is and has been coming into their own and it’s pretty powerful for an organisation, magazine and platform to recognize that.

TIA MOWRY TAKES YOU INSIDE HER BOHEMIAN THEMED BABY SHOWER

TIA MOWRY TAKES YOU INSIDE HER BOHEMIAN THEMED BABY SHOWER