‘MEET THE PEETES’ RENEWED FOR SEASON 2 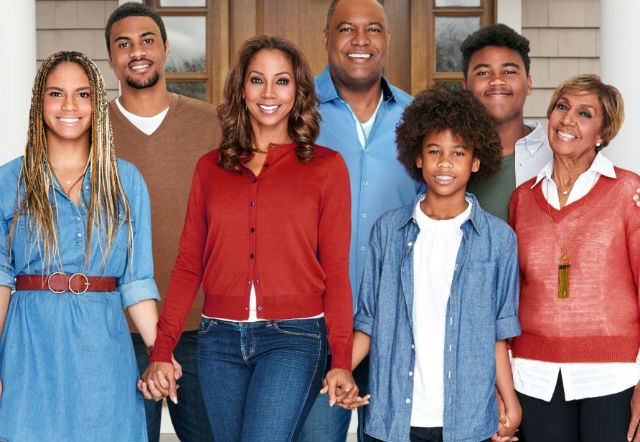 Great news for all of those fans who love Holly Robinson Peete and her family. The series Meet The Peetes, starring Holly along with her husband and kids, has been renewed for season two. Hallmark Channel gave the show a green light for the second time around earlier this week.

“Thank you @hallmarkchannel,” Holly exclaimed online on Thursday. “Great news,” Holly announced. “#MeetThePeetes has been renewed! #FamilyIs #Gratitude. Thanks to everyone who is watching.”

The public learned of Holly Robinson Peete and the family’s move from OWN to the Hallmark Channel several months back. Many were introduced to the hectic life of the famous family in For Peete’s Sake. RJ and Ryan were particularly interesting as the twins pursued different paths in life. Ryan was preparing to move to New York in pursuit of a degree from New York University. RJ, on the other hand, was in the process of finding his independence in Los Angeles. The young adult, who lives with autism, discovered such individuality in the form of a gig with the Los Angeles Dodgers.

Holly Robinson Peete recently spoke with media about her reality series last month. “For Peet’s Sake is a show that we’re so proud of and really resonated with so many American families, especially special needs families,” the celebrity mom said of the family’s stint with OWN.

“We talked about some themes that you had not seen on reality TV before and we advocated for families you had not really seen on reality TV before. So I love the fact that the OWN network stuck with us for sixteen shows because it gave us a chance to really sample this genre to see if this is something we wanted to continue with, IF, we were so fortunate to have a network that would scoop us up and we did get that chance.”

Holly Robinson Peete and her husband, Rodney Peete, are the proud parents of four children. Catch Meet The Peetes every week on the Hallmark Channel.

MARCH FOR OUR LIVES WILL TAKE OVER WASHINGTON D.C. MARCH 24TH