THAT’S LOVE! A YOUNG FATHER WALKED 11 MILES TO WORK TO SUPPORT HIS DAUGHTER

"My Pride Is Strong" 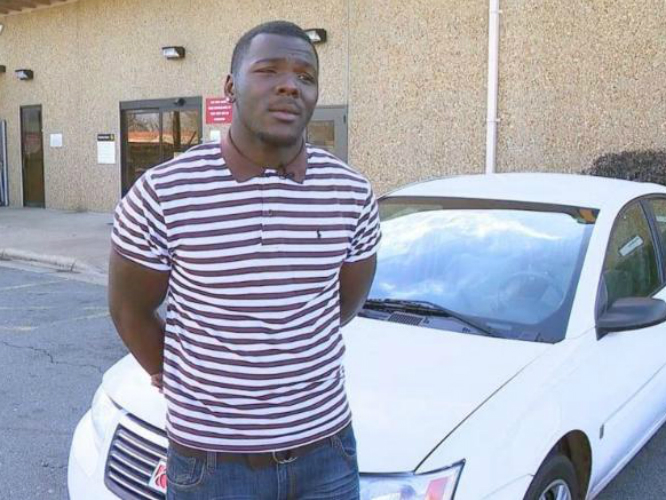 Nothing will stop this young father from taking care of his daughter. Twenty-one-year-old Trenton Lewis walked 11 miles every day to his job at UPS in Little Rock, Arkansas, just so that he could have livable wages to provide for his 14-month-old daughter, Karmen.

Trenton did not tell his co-workers about his long walk to work but instead toughed it out. “My pride is strong,” he told media. “Whatever [my daughter] needs, I’m the person who is supposed to provide it for her.”

The young father’s determination eventually reached his co-workers who silently rallied to purchase a car for Trenton. “For a young person to decide in their mind ‘if I don’t have a ride, if I can’t get a ride then I’ll walk,” Kenneth Bryant, who has served UPS for nearly 40 years, said. “If a guy can do that, we can pitch in to help,” he added.

Kenneth spearheaded the collection that led to the purchase of a 2006 Saturn Ion. “Everybody that I talked to said yes,” the veteran worker exclaimed. “The hardest part was reminding them to bring cash,” he said. “I told the seller what I was doing and who it was for and he said he was willing to work with me on a price.”

Kenneth and his group were able to raise upwards of $2,000 for Trenton. The big reveal was simply amazing!

VALENTINE'S DAY SPECIAL: HERE'S HOW YOUR FAVORITES ARE CELEBRATING

VALENTINE'S DAY SPECIAL: HERE'S HOW YOUR FAVORITES ARE CELEBRATING