"There Is A Stormi Heading North" 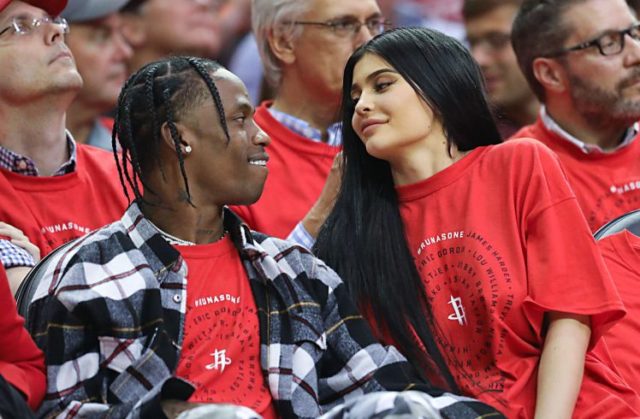 Leave it to Twitter. Not even three days after, Kylie Jenner and Travis Scott shared their daughter Stormi’s name, and subscribers to the social media outlet are already cracking unique jokes.

Several fans used Stormi’s name along with Kim Kardashian and Kanye West’s kids – North, Saint, and Chicago – to convey humor. “It’s going to be stormi in the north of Chicago,” one Twitter fan wrote. “Are the Kardashians creating a weather forecast,” the subscriber asked.

Another social media commenter said, “According to the SAINTs there is a STORMI heading NORTH. CHICAGO will get hit around 2 o’clock! It will be a DREAM if we all survive! #KUWTK.” Hilarious!

Check out a few more of the tweets below to get a good laugh.

There’s #stormi weather coming from the #north and it’s reaching #Chicago ?????the #Kardashians are lit. Their children sound like a weather forcast ?@KylieJenner @KimKardashian

Somone just said to me:There is STORMI weather heading towards the NORTH WEST of CHICAGO which means there will be a lot of REIGN.Then i said: what? Then they said: a SAINT said that to me in a DREAM

There is Stormi weather coming in, its now North West Of Chicago. Maybe a prayer to any Saint might work…. ????@KylieJenner

The names Kylie scratched before landing on Stormi are proof that she loves weather and can’t spell pic.twitter.com/BKU8udUrB3

Once upon a time, Penelope had written her Dream down & placed it in a Mason jar. But one Stormi day in Chicago it Reigned so hard, she had to travel North where it was safe for her to pray to the Saint & there she met a new friend…(place Khloes baby name here )etc. Ya get it? pic.twitter.com/NNMbN287ZX

Kylie Jenner and Travis Scott welcomed their daughter on February 1, 2018. Stormi is the couple’s first child.

WILL SMITH PARODIES HIS SON'S 'ICON' MUSIC VIDEO AND IT'S HILARIOUS!