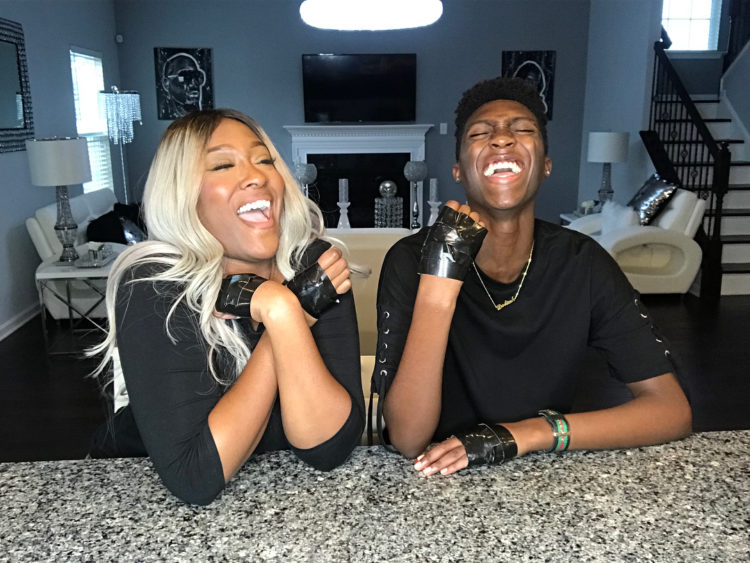 Coko Clemons and her husband, Mike Clemons, are head for divorce court. The celebrity mom announced her plans for divorce two days ago.

“We always thought we’d be together forever,” the singer began her open letter. “Through the good, the bad, the ugly, the ups and the downs…we’d still be married. But, things don’t always work out the way we plan or hope.”

Coko went on to tell her blog readers that she and Mike will remain friends and continue to put the needs of their son, Jalen, first. “I wish [Mike] all the best in his future. I pray that he will lack nothing! For the sake of our son, we will do our best to co-parent. We’re not enemies, we’re just two people that fell out of love.”

It was just last month that it seemed as if Coko and Mike would be together for a lifetime. The then-couple joined their son on his YouTube channel in a Q&A video that was nothing short of hilarious. Jalen set out to show his subscribers which parent knew him best. Viewers knew they were in for loads of laughs right from the start of the flick. “You didn’t even tell them we were your parents,” Coko told her son before giving him one of her hilarious looks. You have to see the clip to appreciate the humor.

Jalen is Coko and Mike Clemons’ only child. The celebrity mom has two kids in all.

ANGELA RYE: 'THE DAY BEFORE THE WOMEN'S MARCH, I FROZE MY EGGS'