LIFESTYLE: KIM KARDASHIAN TELLS US WHAT CHICAGO’S ROOM LOOKS LIKE 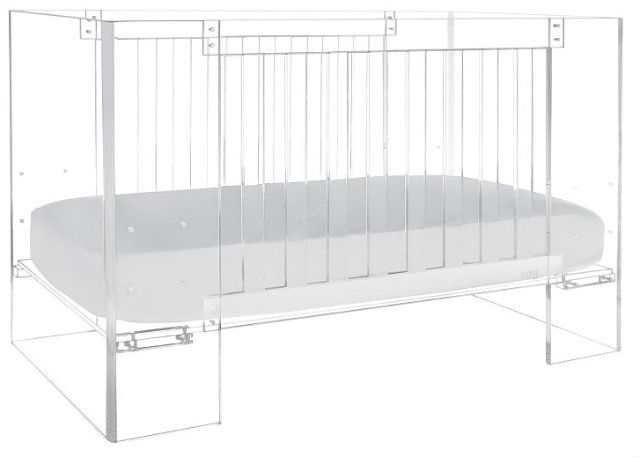 Kim Kardashian is ready to start discussing the details surrounding her third child’s birth. First stop? Style. The Keeping Up With the Kardashians star tells Architectural Digest how she decided to decorate her youngest daughter’s room.

“I’m pretty much using the same crib and everything that I had for our other kids,” Kim shares. “We have a Vetro Lucite crib and we have a Royère bed in there and a really fluffy cream rug. We had a changing table made,” she explains. “I have a glider with an ottoman for feeding. With the first baby, I had a rocking chair, and I just love a glider so much more—you can move easier. Everything in the house is light colors and woods and soft and natural colors.”

Soft and natural is something that Kim pursues in every aspect of her home’s design. The celebrity has remained true to her love for white despite having three kids who sometimes create messes around the house.

“Oh, my God. I run around the house with towels,” Kim explains. “You do have to just take a deep breath and say, ‘Okay, it’s going to happen. We decided to have lighter colors.’ Our last house that we just moved out of was all grays, which was a good test because we knew we were going to move into a lighter house. We have a great playroom, and that’s where all the markers and the paints and the colors are and I really overdo it in the playroom so that by the time they’re done there they have no desire to take a pen on a nice piece of furniture.”