They Are Not His Grand Kids, Contrary To What Many Of You May Believe 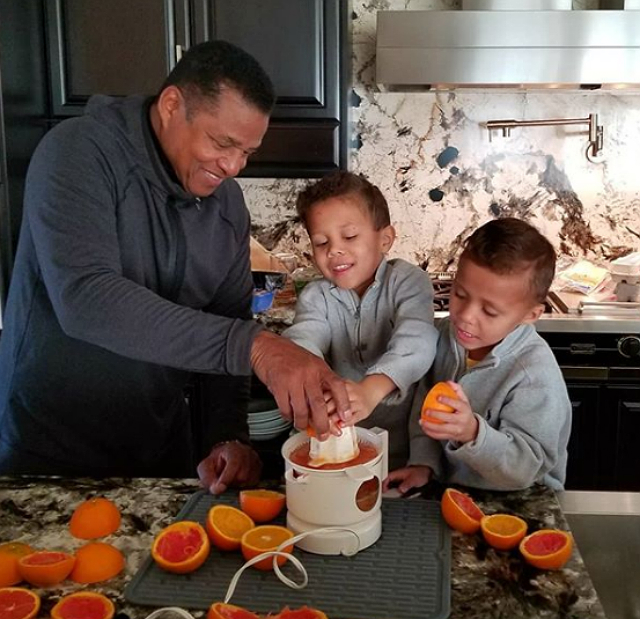 Yes, Jackie Jackson has twins by his wife, Emily Besselink-Jackson. Yes, the boys are young enough to be Jackie’s grandkids; but no, they are not the singer’s grandbabies.

You see, Jackie Jackson recently shared a picture of him making homemade orange juice with his son via Instagram. Many viewers could not believe that the 66-year-old had children as young as Jaylen and River. “Jackie’s ….twins,” one BCK fan wrote online. “Oops. Thought those were his grandkids.” The social media follower definitely wasn’t alone as dozens of other commenters were under the same impression. “I thought maybe these were his grandkids,” @african_violet81 said. “Really? These are his kids?”

#JackieJackson couldn’t ask for better helpers!! According to the eldest Jackson, juicing is one of his twins favorite things to do in the kitchen #teamwork #freshoj?#dadslife #blackdads #jackson5

Jackie and Emily Jackson tied the matrimonial knot in 2012 after several years of courtship. The couple wed without the hurrah of media coverage because they managed to keep their relationship under wraps. Two years later, in 2014, Emily welcomed her and Jackie’s twin sons. Jaylen and River are now 3-years-old with their fourth birthdays coming in December.

Jackie is the oldest of the Jackson siblings. Stay tuned for more celebrity dad news!

JD MCCRARY PERFORMED ALONGSIDE DONALD GLOVER AT THE 2018 GRAMMY AWARDS

HEAVEN KING AND HER MOM ARE BACK WITH ANOTHER DANCE VIDEO

HEAVEN KING AND HER MOM ARE BACK WITH ANOTHER DANCE VIDEO