JD MCCRARY PERFORMED ALONGSIDE DONALD GLOVER AT THE 2018 GRAMMY AWARDS

We Can't Wait To See Him In 'The Lion King' Remake! 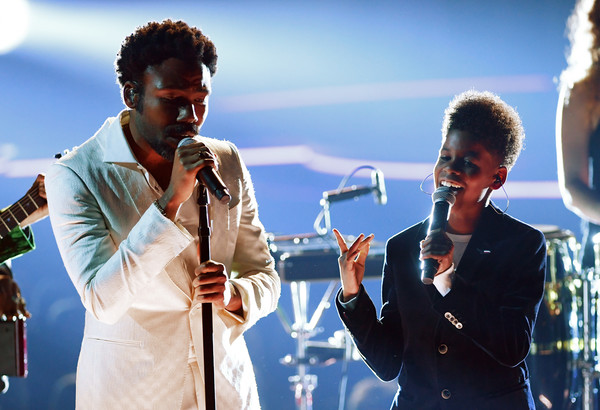 J.D. McCrary shared a bit of the spotlight with Childish Gambino, a.k.a. Donald Glover, at Sunday’s Grammy Awards ceremony. The young star took the stage with the ‘Redbone’ singer and nothing but magic came from the collaboration.

In many ways, watching McCrary and Glover was like getting a blast from the present and future in one sitting. Glover, of course, represented the present climate of the music industry, which is turning new pages every day. Meanwhile, McCrary stood in for the future of what the industry could be during his Sunday performance. Things are definitely looking up!

Some know a little about J.D. McCrary while others know absolutely nothing about this rising talent. Here are three essentials about the young star!

1. J.D. soared to viral status after his performance at a Los Angeles Clippers game last December

The youngster was part of the “Finish the Lyrics” segment in which he sang a portion of “Who’s Loving You?” by the Jackson 5. We only needed to hear a small bit of J.D.’s vocals to know that we were in love.

Thank you @HouseOfHighlights for capturing my performance!! And thanks to the @LAClippers for having me perform today! It was a blessing!! ??✨ ???? #JDMcCrary #IMjD #BoyWonder #Singer #Actor #LionKing #Simba #TylerPerry #ThePaynes #Blessed #ThankYou

2.McCrary is set to play a young Simba in The Lion King remake

The young star will join the likes of Beyonce and, of course, Donald Glover who will portray Nyla and the adult version of Simba, respectively. How exciting is that?

3.McCrary has a spot on TV

J.D. scored a role in Tyler Perry’s new comedy series The Paynes, which has already started airing on Oprah’s OWN network. We can’t wait to see the youngster on the show!