Home » NEWS » THOMAS RHETT AND WIFE GUSH ABOUT THEIR DAUGHTERS

Willa Gray and Ada James Are Their Hearts 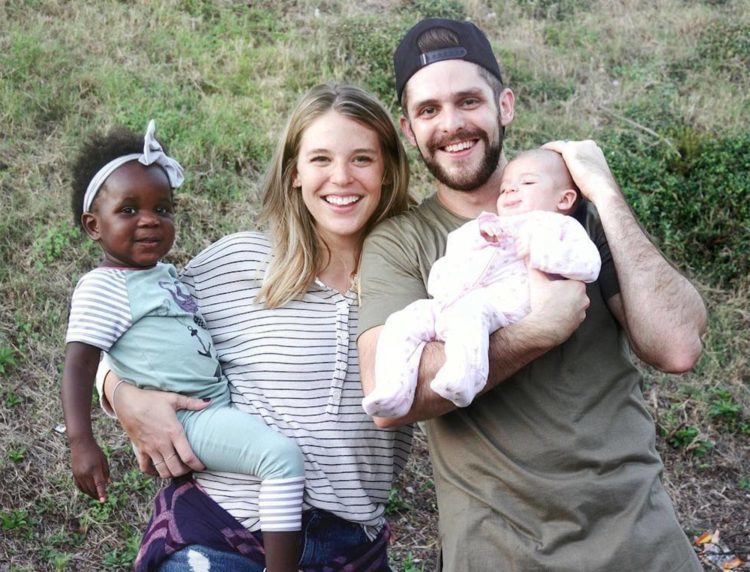 How did Willa Gray initially react to the arrival of her baby sister, Ada Jame? It was a case of envy at first.

“She was jealous at first I think, but it’s so fun to watch her,” Thomas Rhett revealed during his and wife Lauren Akins’ time on the red carpet at the 60th Annual Grammy Awards. “She loves our little Ada so much,” the country singer added.

Thomas Rhett was nominated for the Best Country Album Award for his Life Changes project. “I named the album Life Changes because my life has never changed this much in a short span of time,” he said during an interview leading up to Sunday’s big event. “From seeing the success of a song like ‘Die a Happy Man’ to putting out my third album to going on my first headlining tour to having two children, both under two years old … I thought the title of the album was a good representation of what is happening in my life right now.”

Thomas Rhett and Lauren Akins adopted their oldest daughter from Uganda several months back. The couple finalized their adoption of Willa Gray just in time to focus on preparing for their youngest daughter, Ada.

“She was very fresh off just coming to America, so it was something that we really wanted her to feel comfortable,” Lauren said of Willa’s experience with settling into her new home. “I think I was more nervous that she just wouldn’t feel comfortable but the second I was like, ‘Do you wanna give her a kiss?’ and she leaned over and kissed [Ada], I was like, ‘Thank you, God.’ It couldn’t be sweeter.” How sweet!