Home » NEWS » HOW DID STERLING K. BROWN’S SON RESPOND TO HIS FATHER MAKING WAVES AT THE 2018 SAG AWARDS?

HOW DID STERLING K. BROWN’S SON RESPOND TO HIS FATHER MAKING WAVES AT THE 2018 SAG AWARDS? 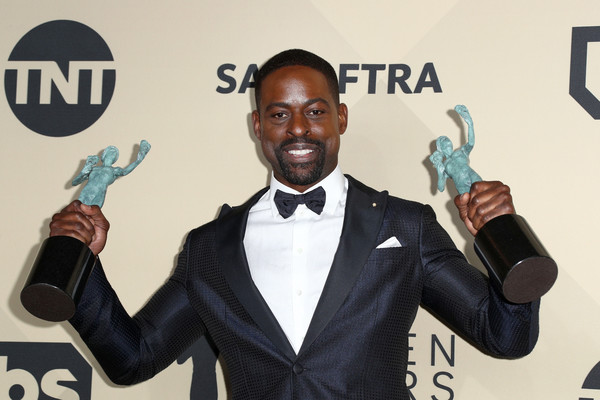 How did Sterling K. Brown’s son, Andrew, respond to his father receiving a SAG Award on Sunday night? “Another one?” The This Is Us actor and his wife, Ryan Michelle Bathe, told media how their kids reacted to the notion of mom and dad going to yet another awards ceremony during their moment on the red carpet at the 2018 SAG Awards.

“Your kids keep you grounded,” Bathe said. “Because our 6-year-old has no idea what’s going on — today he goes, ‘Why is hair and makeup here?’ I said, ‘Well, we’re going somewhere tonight.'” Andrew responded to his mom’s answer by saying, “‘No you don’t, you already have the Golden Globe.'” Ryan told her oldest son, “‘SAG is tonight,'” Ryan said before Andrew responded with, “‘Another one?'” Hilarious!