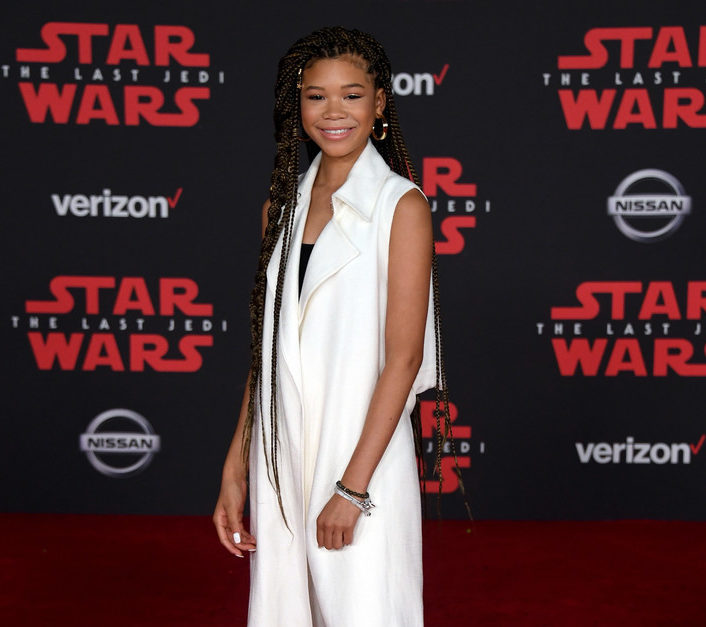 It appears as if everyone in the galaxy and beyond has been waiting on the next installment of the Star Wars saga. Well, the wait is over! Disney Pictures and Lucasfilm’s Star Wars: The Last Jedi has officially made its big screen debut.

But several members of the young Hollywood club got to see it first before the rest at The Shrine Auditorium on December 9, 2017 in Los Angeles, California and Storm Reid and Chloe X Halle were among the lucky viewers.

In the follow-up to Star Wars: The Force Awakens, Rey develops her newly discovered abilities with the guidance of recently found Jedi master, Luke Skywalker, who is unsettled by the strength of her powers. But of course, what is Star Wars without a battle. As Skywalker trains Rey, the Resistance prepares to do battle with the First Order.

Just in case you haven’t caught a glimpse of the official trailer, check it out here. If you have seen the new movie, let us know what you think!