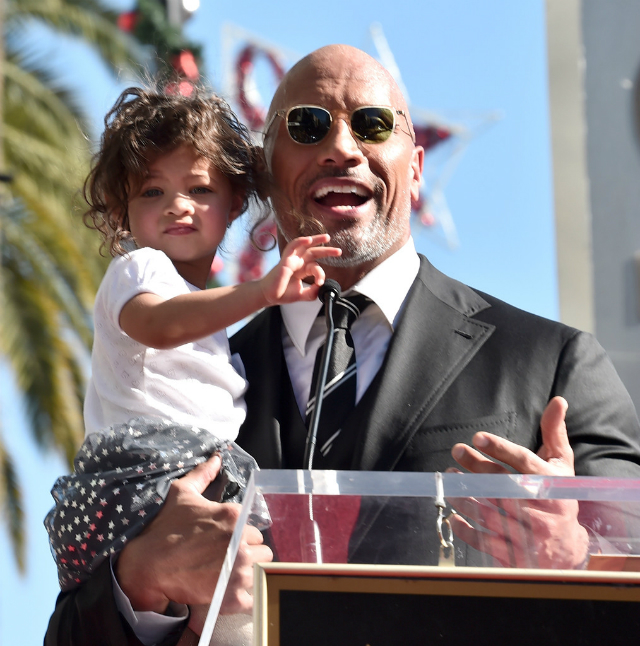 Good things are happening for Dwayne ‘The Rock’ Johnson. First, the celebrity father scores an epic gig as the star of Jumanji: Welcome to the Jungle. Then, Dwayne reveals that he and his girlfriend, Lauren Hashian, are expecting another child who will be his third daughter. Now, Johnson is the recipient of a star on Hollywood’s Walk of Fame. How’s that for winning?

Jasmine Johnson outshined her father a bit as media were captivated by the toddler’s cuteness. Dwayne was, of course, all smiles as he listened to the many accolades given by fellow entertainers.

“An unforgettable day,” Johnson tweeted after the festivities commenced. “I’m a lucky man and so grateful to have my ohana, loved ones, friends and fans by my side to share in this historic event. Only teared up once,” he admitted. “Manly tears of course,” Johnson assured his fan base. “18 years later, life comes full circle. #WalkOfFame #Gratitude.” Amazing! 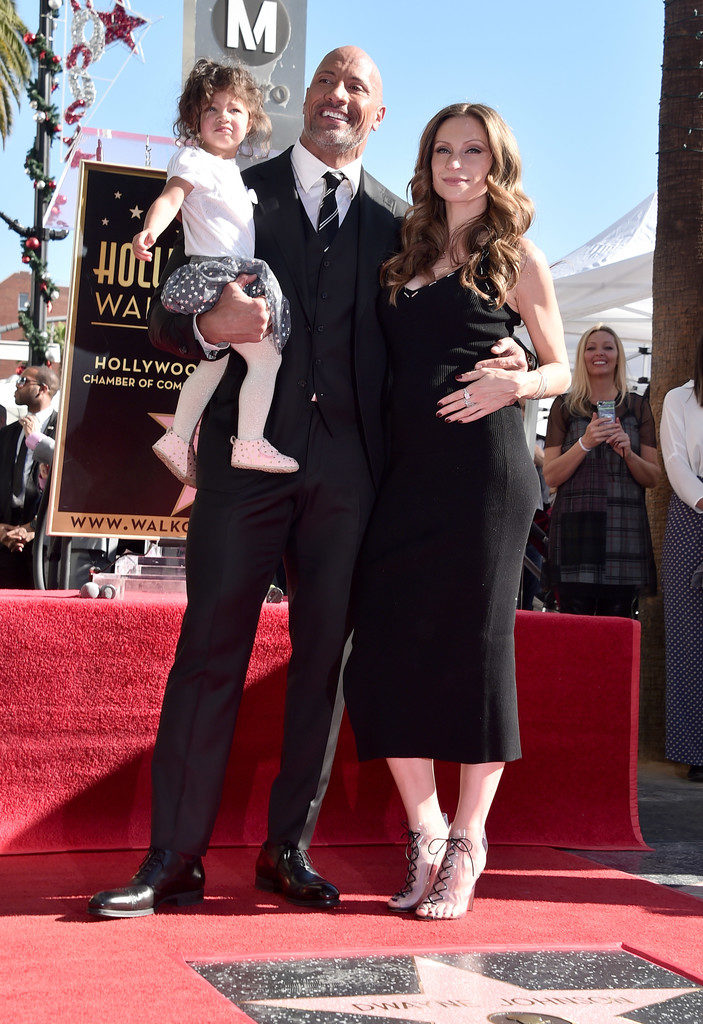 Dwayne also gave touching words at the ceremony. “I’m going to show you what it all means,” he said before bringing Jasmine forward to share the stage with him. Dwayne picked up the youngster to hold her in his arms before continuing his speech.

Dwayne Johnson rose to fame during his stint as a wrestler known as ‘The Rock’ in the World Wrestling Federation (WWF). Thousands were in his corner every week and willed for ‘The Rock’ to win every match. The celebrity father’s career as an actor has also garnered support. Who isn’t Team Luke Hobbs all the way?

Fans continue to celebrate with Dwayne Johnson as he and girlfriend Lauren Hashian wait with great anticipation for the arrival of their newest family addition. Stay tuned for more celebrity dad news!

COCO AUSTIN ON MORE KIDS: 'I THINK THIS IS MY ONE AND ONLY'