SWIZZ BEATZ: ‘THE REAL REASON WE DO IT’ 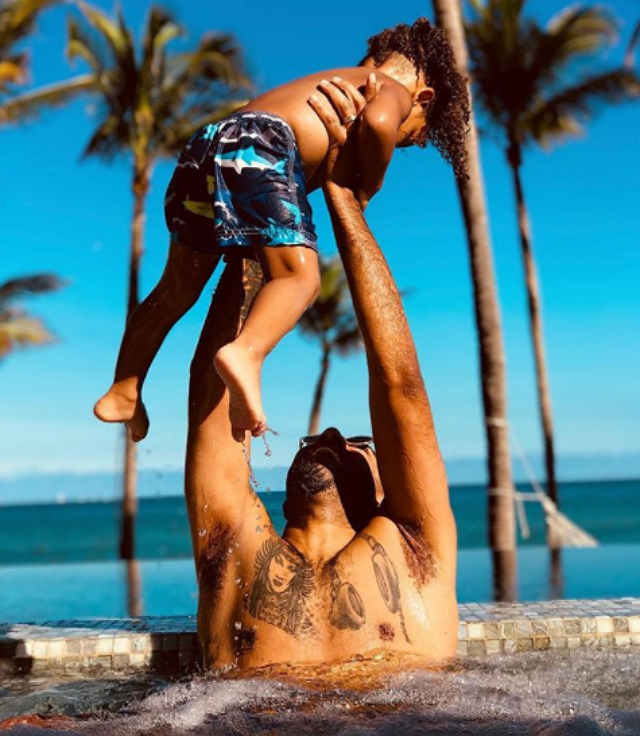 Swizz Beatz is living his dream! The recent Harvard Business Program graduate has been enjoying some quality time with kids in what appears to be paradise. You have got to see the pictures of Swizz and his sons to appreciate the bond that the celebrity father shares with his kids.

One picture of Swizz shows him relaxing next to his son, Egypt. The celebrity father is wearing a smile while his son is focused on striking the perfect pose. “This picture is made of absolute beauty,” one fan said of the candid. “Slim goody looking just like pop,” another fan wrote. “This is what we do it for,” Swizz told his fans.

The celebrity father also does it for his younger son, Genesis, and oldest, Prince Nasir. In fact, one photo shows Swizz standing eye-to-eye with his oldest boy. “It’s very important to have Man to Man talks with our Sons,” he captioned. “Even if it’s early am with the sleepy face. Blessings on this Sunday to all.”

Swizz has much to celebrate as a recent recipient of a degree from Harvard University. The producer took to social media to celebrate his accomplishment days before his big commencement ceremony.

“It’s been a blessing coming from the Bronx, going to Harvard,” he said in the clip. “A lot of people were saying why would you go to school? It’s never too late to get your education, further your education,” Swizz encouraged. “Knowledge is power. It don’t have to be an Ivy league school. Just as long as you’re doing your thing, do your thing.” Agreed!

Swizz Beatz is the proud father of five kids. Egypt and Genesis Dean are the producer’s children with his wife, Alicia Keys.