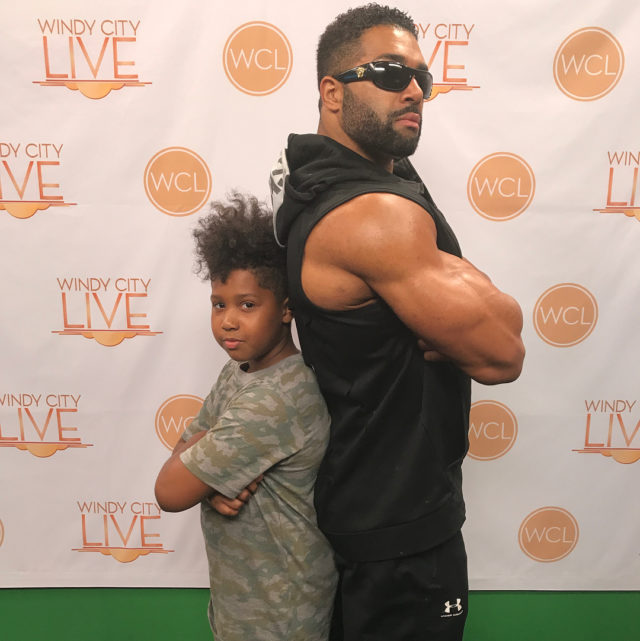 David Otunga Sr. and Jennifer Hudson are co-parenting well these days. The couple has reportedly come to terms so that David will keep their son, David Otunga Jr., while Jennifer fulfills her commitments with The Voie: UK in London.

“David Otunga is back in business with his son because he’s now the primary custodial parent … TMZ has learned.

Sources tell TMZ Jennifer Hudson and David reached a temporary custody agreement which gives him custody of 8-year-old David Jr. the majority of the time. Jennifer is currently in London shooting “The Voice UK” and she’s committed to significant travel to Los Angeles to do ‘The Voice.'”

News of Jennifer Hudson and David Otunga’s separation spread the other week. She claimed that he became aggressive to the point of physical abuse after she returned home from a recording session. David’s lawyer, however, refuted such allegations.

“Mr. Otunga has never abused or harassed Ms. Hudson or their son, and it is unfortunate, especially in today’s climate, that she would feel the need to make these false allegations against him,” the celebrity father’s legal counsel said. “Mr. Otunga looks forward to his day in court and in being awarded the residential care of the parties’ only child.”

Apparently, Jennifer and David have managed to come to some sort of agreement as she has chosen to voluntarily drop the protective order she had in place that prohibited David from being near her or their son. Stay tuned for more Jennifer Hudson and David Otunga child custody news!

TYRESE: 'MY WIFE IS NOT PREGNANT AND NEVER WAS'