GET THE DETAILS OF TYRESE’S CHILD CUSTODY VICTORY CASE 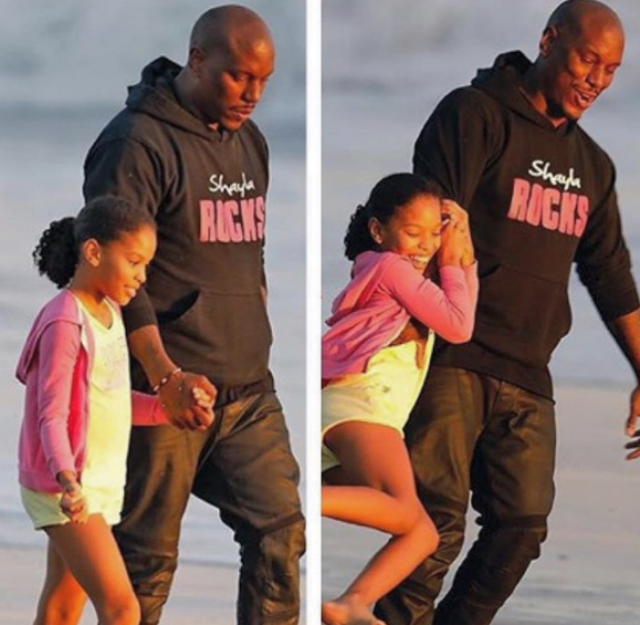 “The judge issued a series of conditions, including:

— Neither Tyrese nor Norma Gibson can use corporal punishment in disciplining 10-year-old Shayla.
— Tyrese must take parenting classes focused on appropriate disciplining of his daughter.
— Both Tyrese and Norma must enroll in “high conflict parenting classes.”
— Tyrese and Shayla must enroll in joint therapy with a psychologist. Shayla must also undergo individual counseling.”

The battle for parental rights has been intense for Tyrese. It was just the other week that the FURIOUS actor took to Facebook to share his heart in a video message. Tyrese was brutally honest and full of emotion as he asked his ex-wife, “What more do you want from me?” At the time, Shayla had been separated from her father for more than 60 days.

“Friday was not a win for me, it is a win for our daughter, Shayla,” Tyrese wrote online after proceedings convened this past weekend. “For 10 years I have been the best father I could be, all while quietly being on the receiving end of constant toxic false accusations by the mother of my child.”

The actor went on to say, “I am proud that the courts have put an end to Norma’s toxic nonsense, declaring that NONE of her accusations for the last 10 years against me are credible. I did not break any laws; I did not harass anyone; most important I never engaged in violent or abusive behavior.”

Shayla is Tyrese’s only child. She will soon be joined by a little brother as Tyrese is expecting a son with his current wife, Samantha Gibson.

DOMINIQUE DAWES: 'THE TWINS ARE DUE IN JANUARY'