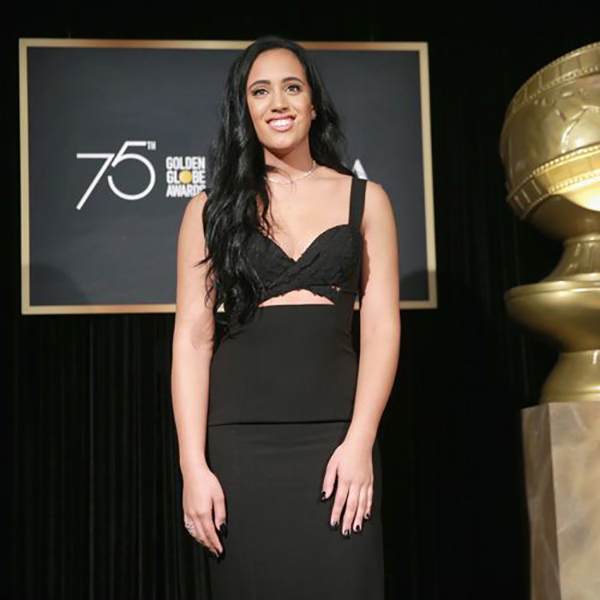 Congratulations are in order for 15-year-old Simone Garcia Johnson as it was announced on November 15, 2017, by the Hollywood Foreign Press Association, that the up-and-coming young model will be the 2018 Golden Globe Ambassador, (previously known as Miss Golden Globe).

“As we look forward to the 75th anniversary of the Golden Globe Awards, the Hollywood Foreign Press Association members decided to expand this role to embody the HFPA’s philanthropic efforts year round,” said HFPA President Meher Tatna. “The honoree will now be referred to as the Golden Globe Ambassador and we could not think of a better representative than Simone to carry on this tradition, as her values closely reflect everything the HFPA stands for.”

Johnson will follow in the footsteps of other Hollywood offspring such as Dakota Johnson, Laura Dern, Melanie Griffith, Sofia, Sistine, and Sarlet Stallone.

“I’ve been lucky enough to grow up in a household with strong role models and feel so honored to represent the HFPA for its 75th Anniversary,” Johnson said in a statement. “As the newly minted Golden Globe Ambassador, I hope to serve as a role model to young people everywhere and empower them to speak out on issues they are passionate about.”

So, just what will Johnson’s job be during the event? She escort honorees on and off the stage, as well as carrying the coveted statuette. We have a feeling that this is just the beginning for Johnson! The Golden Globes will air on January 7th on NBC.
Post Views: 271
Tags: Simone Garcia JohnsonThe Rock
ShareTweetShareSend
Previous Post